Poly Vs University, Who Has The Sexiest Girls? 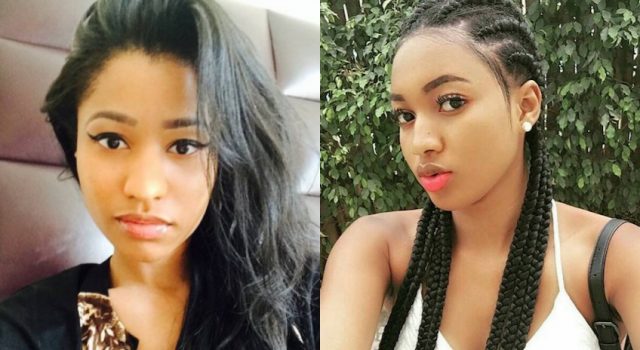 This question often raises dust and it is not an argument that is done with utmost objectivity. Some will speak for their institution or for their lover’s institution. And there are many who would never see anything good with their school because they are wired to love what is afar. Nay, to loathe whatever they are involved with.

What we would do here is try an analysis done with a cold head, with zero sentiments.

Generally, sexy girls are everywhere, you cannot just walk past a street without meeting an elegant creature or two, their curves and endowments, and grace taking the whole space, consuming air, leaving sons of men breathless.

These beauties are resident in various states and definitely studying in different institutions of higher learning across the country; they may be in polytechnics, universities, colleges, and at home or doing sales girl somewhere. The campus of most universities has become a rendezvous for many young men, drawn by the promise of love, romance, and fun.

Some polytechnics have this distinction. We may count, if you insist, but you would run out of fingers. Visit Oko Poly or Nekede. Or ask someone.

It is true that every higher institution has sexy girls but some are known or considered to have more sexy ladies than others.

The Universities With the Beautiful Girls in Nigeria Exposed

Being sexy means that one has the ability to attract or arouse more than another. It is the quality of a person that makes her interesting, attractive, and appealing.

We can make this our working definition and we can make a ruling now, both university and poly girls are sexy. Who has the sexiest girls is a matter of mathematics and many of us can’t count.

Many have continued to confuse the term “swag” and “sexy”, to be sexy means to be attractive, attractive in the sense that you don’t need to spend your time on the make-ups as your body enough shows that you are hot.

When one says she someone has swag, it means that she has got all the necessary tools to slay and bring out the hidden beauty in her. It means that she is trying to make herself belong and brace up with the ever-growing trend.

From these two, it can be deduced that Poly girls are number one when it comes to swag. It seems they have the body, mind, and, don’t throw anything at me, enough time to do the swag, the good thing about them is that they know how to combine makeups and attires to maintain the train, they are simply called “happening babes”

They do all it takes to belong, and this is not saying that every Poly girl has swag but on a general level, they own this.

University girls, you may call them “varsity babes”‘ or any other slags you feel like and it won’t change the fact that they are hot, steaming hot. They have the swag but not compared to their poly counterparts who of course have enough time for the doings.

But University babes are beautiful, hot even; just take a stroll into the nearest campus. You may not return that day.

You may become prey in the hands, or claws of most of them who do not even need make-ups to show that they are sexy plus many many school authorities limit beautiful expression in the guise of forbidding “indecent dressing”. Despite this restriction, university girls still remain sexy and attractive. It is natural.