Do You Know The Great Walls of Benin? Largest Man Made Structure on Earth 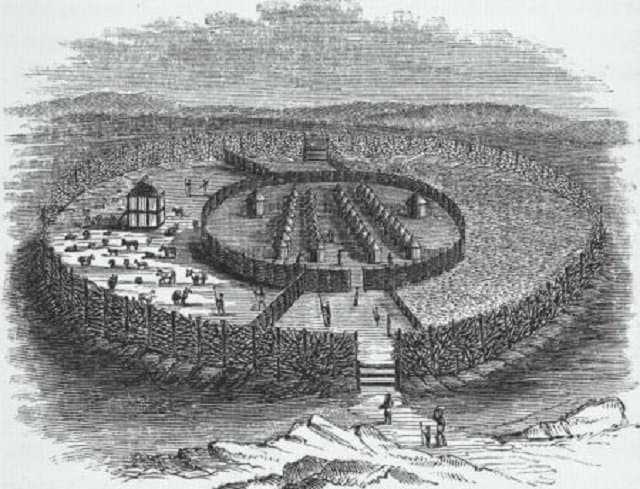 Did you know? The ancient city of Benin (modern-day Edo State) houses what has now been recognized as the longest archeological construction on the earth. That’s right.

The great walls of Benin were built around 800 – 1400 AD. It’s the largest man-made structure on Earth.

The accurate time of its construction has not been determined yet.

The walls are a set of earthworks comprising of banks and ditches called Iya in the native tongue. It comprises 15 kilometers (9.3 miles) of “Iya” (banks and ditches) city and an estimated 16,000 kilometers (9,900 miles) in the rural areas surrounding Benin. As at that time, with its enormous length, it was speculated to be double the length of the Great Wall of China, until it was declared in the year 2012 (after five years of thorough measurement by Chinese surveyors) that the Great Wall has a length of around 21, 0000 km.

How the walls were built

The walls were built with a ditch and dike arrangement. The ditch was bored to form an inner moat with the excavated earth used to create the exterior rampart. 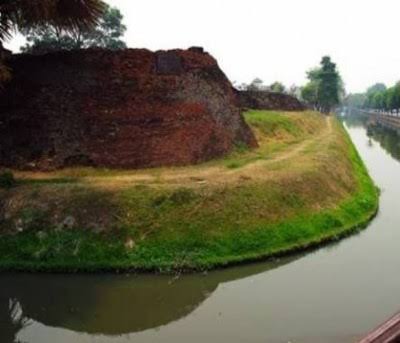 The Walls of Benin were destroyed by the British in 1897 during the named Punitive expedition. Disjointed pieces of the wall remain in Edo, with a large proportion of them being used by the residents for construction purposes. The little that remains of the wall is continually demolished for real estate developments. 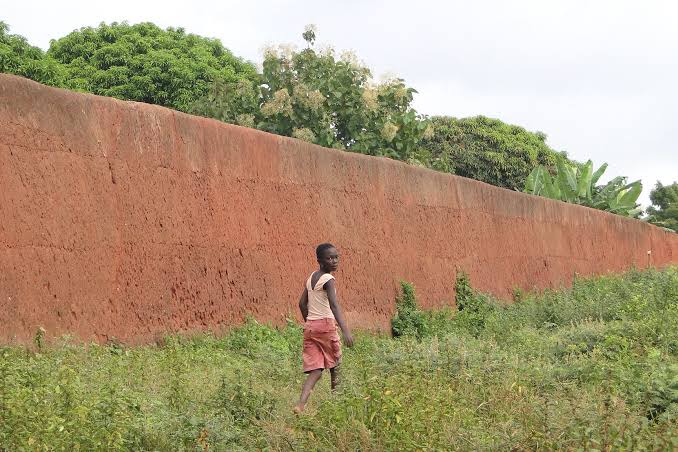 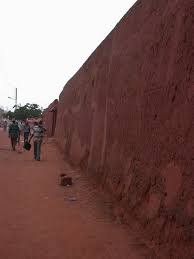 Fred Pearce in an article in the New Scientist (September 11th, 1999) said “They extend for some 16,000km in all, in a mosaic of more than 500 interconnected settlement boundaries. They cover 2, 510 sq. miles (6, 500 square kilometers) and were all dug by the Edo people. In all, they are four times longer than the Great Wall of China and consumed a hundred times more material than the Great Pyramid of Cheops. They took an estimated 150 million hours of digging to construct, and are perhaps the largest single archaeological phenomenon on the planet.”

An ethnic mathematician named Ron Eglash explained the planned blueprint of the city using fractals at the ground level, not just in the city, also in the villages and in the rooms of houses. He stated that “When Europeans first came to Africa, they considered the architecture very disorganized and thus primitive. It never occurred to them that the Africans might have been using a form of mathematics that they hadn’t even discovered yet.”

Story Of How Prophet ‘Daniel’ Abodunrin Was Killed, Eaten By Lions At Ibadan Zoo

The walls of Benin were famously described by the Guinness Book of Records (1974 edition) as being “the world’s largest earthworks prior to the mechanical era.” Also, Benin city was in the league of the first cities to have a likeness of street lighting with large metal lamps, a large number of feet high, built and placed around the city.

5 Places Where Women Marry More Than One Husband (Polyandry)