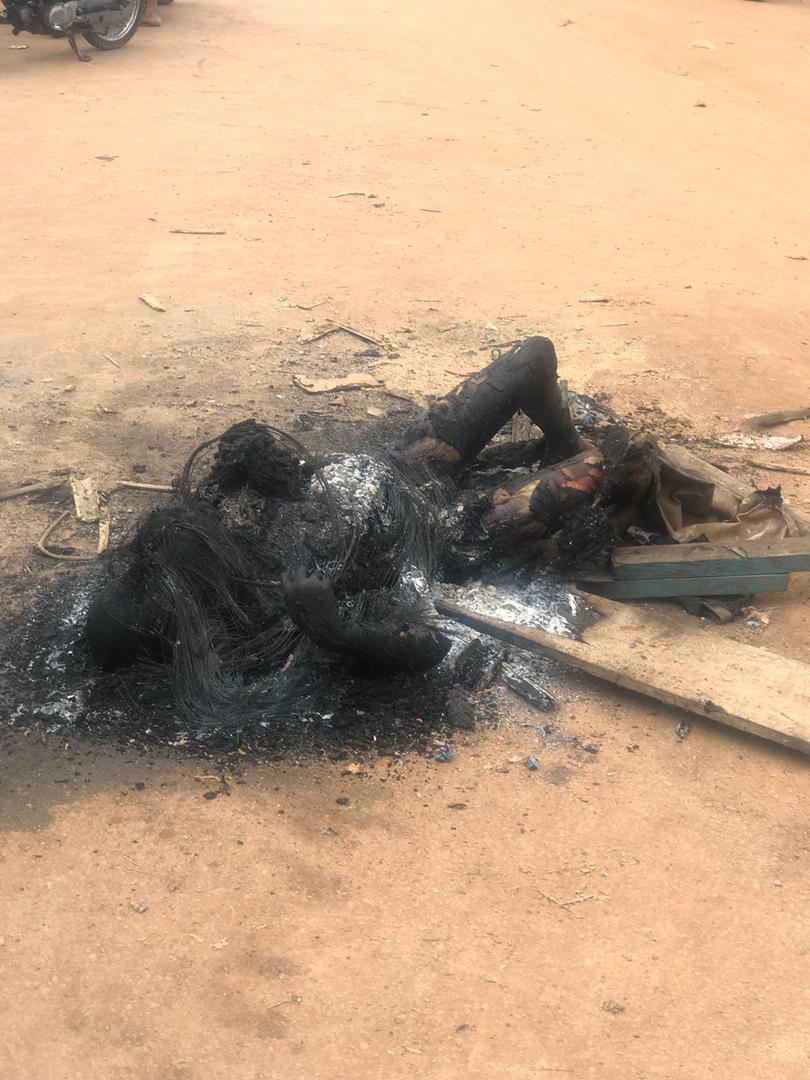 An angry mob in Nnewi has lynched a thirty-seven (37) years old man suspected to be an armed robber.

Anaedoonline.ng gathered that the suspected motorcyclist theft met his waterloo this Sunday, evening, along Ezeogidi Road in Uruagu Nnewi, when angry mob caught him and set him ablaze for allegedly stealing a motorcycle.

Although, details of how he was caught is still sketchy, our correspondent who visited the scene of the incident confirmed that the suspect, who allegedly hails from Ihiala was beaten mercilessly by angry youths before they used tyre, a sprinkle of petrol to set him ablaze on the road.

As at the time of writing, no security agent has visited the crime scene.

This story will be updated. 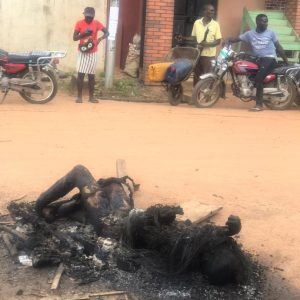