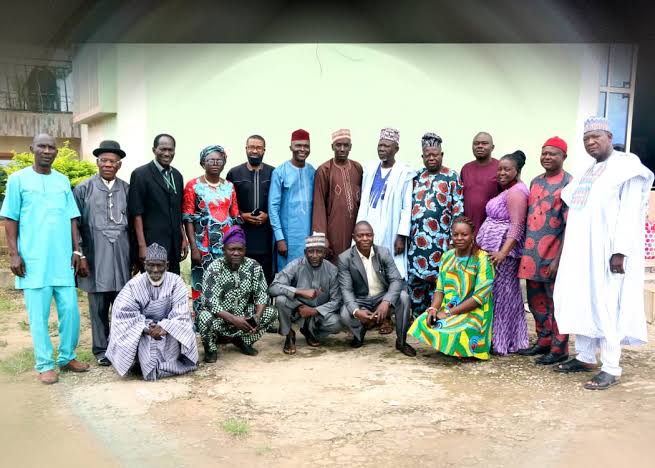 Chief Nwogwugwu Uzoma, President NANFACOS, made the request when he led other members of the association to visit Sen. George Akume, Minister of Special Duties and Intergovernmental Affairs in his office on Friday in Abuja.

Uzoma said NANFACOS is an umbrella body that unites, regulates, monitors and supervises all the farmers` cooperative bodies in all the 36 states and the Federal Capital Territory (FCT) of Nigeria.

He said the body was accorded by the Federal Department of Cooperatives, Ministry of Agriculture and Rural Development, with a membership of over 128, 000 farmers’ cooperatives societies.

Uzoma said the body was established to complement the giant efforts of the Federal Government in agriculture sector, particularly in the areas of processing, production, agro-allied service, value chain, which amount to adding value to various commodities.

“Thus, it is designed to support the government in ensuring that agriculture maintains its stay in Nigeria for abundant and sustainable food production, its security, employment opportunities as well as wealth creation for the teaming population in Nigeria.

“This, therefore, calls for your fatherly intervention for us to seePresident Muhammadu Buhari and thus stem the unpleasant trajectory,” he said.

Chukwuma said the initiative was part of his efforts to train and encouraging young Nigerians to embrace agriculture to boost food production as well as creating employment in the country.

Responding, Akume said agriculture was the mainstay of any country in the world, particularly in the developing countries of the world.

“There is something unique about agriculture and that is food security and one of the basic needs of man is food, in fact it is the first need of man.

”Agriculture was the mainstay in the country`s economy before the discovery of oil in Nigeria, hence the need to enhance its productivity as the country`s population kept increasing.

“I remember the ancient groundnut pyramid in Kano, cocoa production in the Western region; the palm oil in the Eastern region among others which people earned a lot of money from them, “ Akume explained.

Akume noted that the sector had been neglected and this had urged the present administration to put much effort to restore agriculture in the country.

While appreciating the body for its roles in the sector, Akume assured them of making their request known to the President, as agriculture was one of the areas of his interest.

BBNaija: Boma Reveals What Happened Between Him And Tega