BBnaija: Angel, Yousef, Emmanuel, Saskay And Cross Up For Eviction 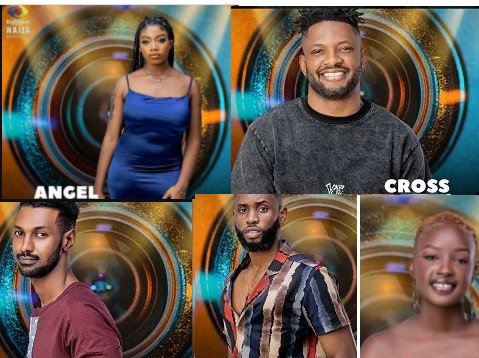 Five Big Brother Naija, BBNaija housemates have been nominated for eviction on Sunday.

Saskay, Angel, Emmanuel, Yousef may exit the reality show on Sunday if evicted.

They have one opportunity to remove themselves from the nomination list if any of them wins the head of house game.

Saga, Cross, Whitemoney, Liquorose and Pere were saved this week from nomination.

However, Nini who was nominated by housemates for possible eviction won veto power challenge and nominated Cross for eviction

Recall that Jackie B and JayPaul were evicted from the reality show last Sunday.