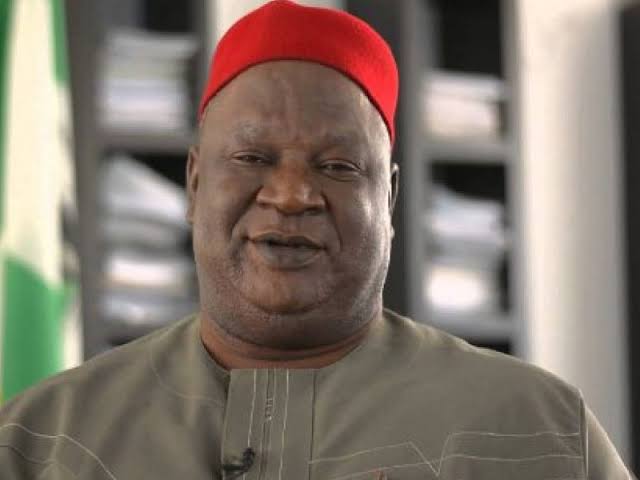 The senate president is the number three person in power and the first in the legislative arm. The office is a big deal. Since independence, the South East has produced more occupants of that position than any other region in the nation.

We will focus on all the former Senate Presidents from the South-East and how they are faring — if they are dead or alive, relevance in present-day politics, and other useful information.

Fondly called Zik of Africa, Nnamdi Azikiwe is widely regarded as the father of Nigerian nationalism and was the first President of the Nigerian Senate from January 1, 1960, to October 1, 1960, through the platform of the National Council of Nigeria and the Cameroons (NCNC), a political party where he played a vital role during its formative years.

Prior to his scheduled appointment as the Governor-General of the nation, Nnamdi Azikiwe gave up his position as the Senate President and was succeeded by Dennis Osadebay. In 1963, Nigeria became a republic and he became ceremonious president until the coup of January 1966.

During the war, Zik supported Biafra and worked hard to sue for peace. He gave up when he felt his efforts were undermined and frustrated.

When the ban on politics was lifted in 1978, Zik formed the Nigerian People’s Party, NPP, with which he ran for president in 1979. He finished third behind eventual winner Shehu Shagari of the National Party of Nigeria, NPN, and Awolowo of the Unity Party of Nigeria, UPN.

He contested for president again in 1983 which was heavily rigged and marred with violence.

Major General Buhari took over power on December 31 and this marked the end of his participation in partisan politics.

Nnamdi Azikiwe died at the age of 91 years and was buried in his Onitsha home.

Born to the Royal family of Nnewi in Anambra State, Nwafor Orizu is the next on our list of South-Easterners who have served as Senate Presidents of Nigeria. He was one of the progenitors of the National Council of Nigeria and the Cameroons and it was his influence in this faction that played a huge role in his emergence as Nigeria’s third Senate President, succeeding Dennis Osadebay in 1963.

However, his presidency of the Nigerian Senate was cut short by the famous 1966 coup that saw the assassination of some prominent premiers of regions in Nigeria and also Azikiwe’s removal from office as President of the Federal Republic of Nigeria.

As a result of the coup, Nwafor Orizu became Acting President for a brief while after Azikiwe and Balewa were ousted and he is the first Senate President in Nigeria to emerge as President of the country via the line of succession designated by the Constitution (i.e that the next in line to become President after the Vice President or Prime Minister is the Senate President).

Orizu is dead and buried. He died in 1999 in Germany following an illness.

1999 was a year that came with a lot of promise for newly founded political party, Peoples Democratic Party, as numerous of its members came into the corridors of power. It was in the heat of this political dominance that the former Governor of Imo State and Senator who represented Imo East constituency, Evan Enwerem, emerged the President of the Nigerian Senate.

However, that position was taken away from him almost as soon as it was given as his opposition led by Senator Chuba Okadigbo hurled allegations of corruption against him. Enwerem was accused of falsifying his name. It was not ascertained if his real first name was Evans or Evan and because of this controversy, he was impeached, but he remained in the House, representing his constituency until 2003.

Evan Enwerem died in 2007 after a bout of illness.

After successfully leading the opposition that instigated the allegations against Evan Enwerem and his eventual impeachment, Chuba Okadigbo became the President of the Nigerian Senate in 1999.

However, in June 2000, attempts to impeach him became fierce and the Police once even attempted to seize the Senate Mace from him, but that ended in futility. And not long afterward, he was reportedly falsely accused of corruption and impeached.

Chuba Okadigbo joined the All Nigerians People’s Party, ANPP, and was the first running mate for Buhari for the 2003 presidential election. They lost to the Obasanjo-Atiku ticket.

Chuba Okadigbo died in 2003 due to difficulty in breathing following exposure to tear gas during a political rally. However, there have been rumours that the tear gas was poisonous, and hence, the death of Okadigbo was inevitable.

Anyim Pius Anyim is an indigene of Ishiagu, Ivo LGA in Ebonyi State, Nigeria. His rise to the Presidency of the Nigerian Senate started off with being elected as a member of the House in the representation of Ebonyi South Constituency in 1999 through the platform of the Peoples Democratic Party (PDP).

During his tenure as President of the Nigerian Senate, Anyim was known for his bold statements and moves. In May 2001, he reportedly led the probe of the Ministry of Mines and Power following graft allegations against the ministry.

And a year after that, he led an attempt to impeach then President Olusegun Obasanjo; a failed attempt, however.

In the same year, he made it known that he wasn’t in support of a second tenure for the public officers at the time, including himself, and he kept to his word by refusing to go for a rerun despite being only 41 years old when he finished serving as the Senate President of Nigeria.

In November 2002, Anyim suspended Arthur Nzeribe of Imo State following his inability to account for 22 million naira. The former Senate President is also credited for masterminding the passage of the anti-graft law for the Independent Corrupt Practices and Other Related Offences Commission (ICPC).

Anyim moved away from politics entirely after serving as Secretary to the Government of the Federation under President Goodluck Ebele Jonathan in 2015 and despite the much-touted possibility of an Igbo Presidency come 2023, the former lawmaker has remained bereft of such enticements, sticking firmly to practicing the law he studied in school.

Turning 60 on February 19, 2021, Anyim disclosed that there is more to life than politics. He remains one of the most recognizable elite politicians the South-East has ever produced.

Through the Peoples Democratic Party (PDP), Wabara was voted into the Senate House to represent Abia South Constituency in May 1999. In 2003, he became Senate President of Nigeria. However, two years later Wabara resigned from office as the Senate President following allegations that were brought up against him over collecting a bribe that was to the tune of $400,000.

He remained in the Senate until 2007 and since he left, he has been away from active politics even though he remains committed to PDP.

In a recent interview with Daily Trust, Wabara’s aide disclosed that past administrations of the Federal Government had reached out to Wabara on several occasions with political appointments, however, the former lawmaker was always declining, choosing instead to stay in the background.

After leaving the Senate, Wabara reportedly went back to school to pursue a doctorate at Abia State University and has been emblazoned with a Ph.D. According to numerous reports, he leads a quiet life with his wife and kids in his Abia home following the absolution of all charges of corruption that were against him by the Supreme Court ruling.

This is the last politician from the South-East that made his way to become a one-time Senate President of Nigeria on our list. The former lawmaker made it into the Senate when he was elected to represent Enugu East Senatorial District in 2003.

In 2007, after his Senatorial tenure ended, he founded the Ken Nnamani Centre for Leadership and Development and his vision is to use the foundation to promote values that are essential for good governance especially among Nigerian youths who aspire to become leaders in the future.

Ken Nnamani remained faithful to PDP for many years after coming out of the Senate House, and even became a member of the party’s Board of Trustees (BoT) before he dumped the party on the grounds that, in his own words, the core values upon which the party was founded including democracy have been defeated.

In January 2017, Ken Nnamani became a member of the All Progressive Congress and has since then been relevant in the politics of the party in his native Enugu State, calling several shots during zoning of political appointments and other big moves in Enugu APC.

Nonetheless, the Senator’s allegiance to APC in the State has been brought into doubt on several occasions with several factions within the party hurling accusations against him for anti-party tendencies. They claim he is an APC member by day and a PDP member by night.

One of such groups of Nnamani’s accusers is the Ben Nwoye-led faction of the party in the state. Dr. Ben Nwoye as the Caretaker Committee Chairman of the party in Enugu State and has always been at loggerheads with Senator Ken Nnamani.

The Guardian reported that the Police had, on September 8, 2021, arrested Dr. Ben Nwoye following an alleged petition from Ken Nnamani against him. The friction between the duo is reportedly the major cause of the crisis that is currently rocking APC in Enugu State.