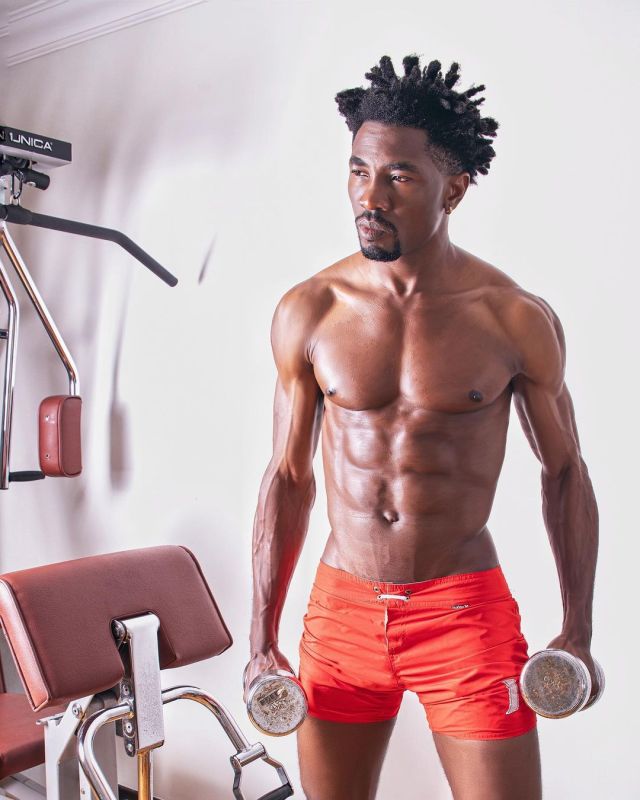 Ex-BBNaija season 6 housemate, Boma Akpore has shared a cryptic post on social media while flaunting his toned abs in a new workout photo.

Before his eviction from the reality TV show, Boma had his fair share of controversies and trended on social media for the wrong reasons. However, his affair with his married housemate, Tega, was the height of it all.

He was dragged to filth for making out with Tega despite knowing she’s married with a kid. Tega wasn’t left out of the dragging as she was shamed for not honoring her marital vows and publicly disgracing her husband.

However, Boma appears not to be intimidated or fazed by the backlash as he has maintained his confidence since his eviction from the show.

Taking to his Instagram page this afternoon, Boma shared a hot photo of himself and wrote,

“People Hate what they don’t UNDERSTAND
No Guts, No Glory
Back to Work” 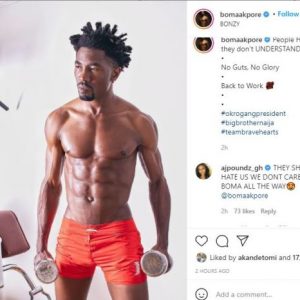