IPOB To Hoodlums: We Will Cut Off Your Ears If You Enforce Mondays Sit-At-Home 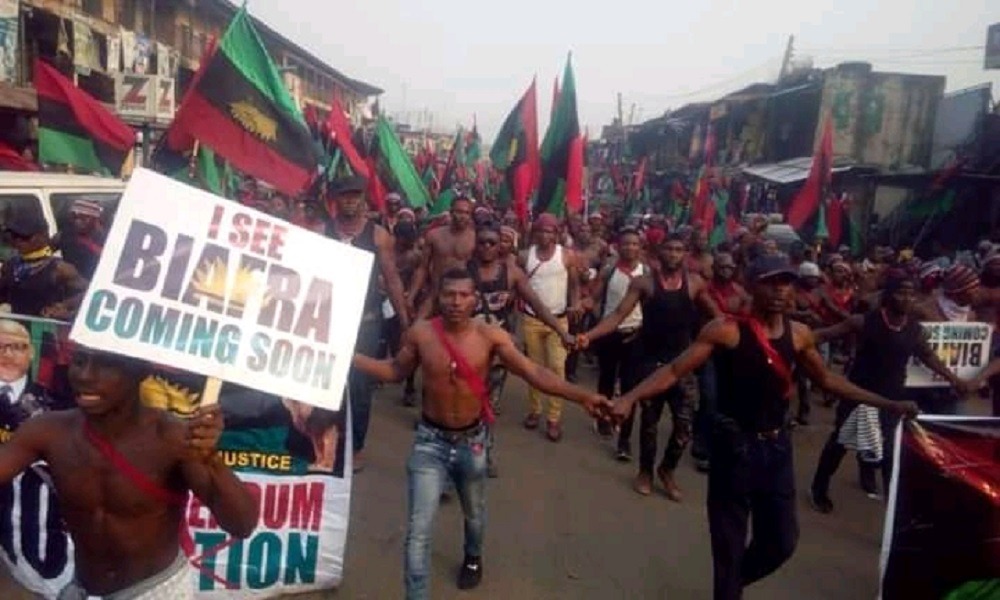 Following the incessant sit-at-home orders in the region, the Indigenous People of Biafra, IPOB, has waded in and asked that the people enforcing these sit-at-home exercises desist. And they are not asking nicely; they have threatened to remove the ears of anyone found enforcing a sit-at-home anywhere in the South East.

The group in a statement on Tuesday, 14th September 2021, and signed by its spokesperson, Emma Powerful, disclosed that the group has since called off the Monday “sit-at-home” exercise.

“I am happy you said it yourself that we cancelled the Monday sit-at-home, the statement read, in part. “We said it in the beginning, but we stopped it, we have told people to stop sitting at home on Mondays.”

The group promised to deal with any miscreant found ordering or enforcing any lockdown in the South-East.

On August 9, IPOB started the enforcement of the lockdown. The sit-at-home order is to protest against the arrest and detention of IPOB leader, Nnamdi Kanu.

However, on August 13, IPOB stated that the Ghost Monday would no longer hold every Monday based on the directive from its leader, Kanu who said it should be observed only on the day he appears in court.

But hoodlums or a faction of IPOB would not hear of this. They insist that the sit-at-home continues that the people calling it off have been bought by the Nigerian, nay, Zoo government.

It would be difficult, if not impossible, for IPOB to catch anyone because not many people are actually enforcing the lockdown. The fear has been sown and many sit at home on Mondays out of fear. Again, it could still be IPOB’s good cop bad cop tactic, this latest statement.

PAINFUL!: 8 Years After Being Brought Into Civilization, Man Who Lived In Jungle For 40 Years Dies of Cancer