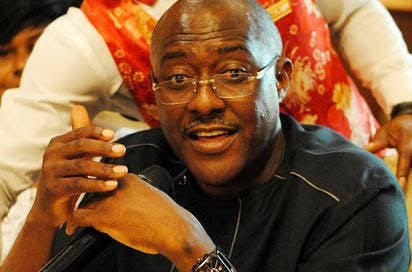 Metuh, who is reaching out to the inmates through his Beyond The Walls Initiatives, a novel platform under his Legend Golden Care Foundation, said the gestures were based on his experience as a one-time inmate at the centre, where many are languishing due to lack of access to legal representation.

Speaking at the current edition of the sporting tournament at Kuje on Saturday, Metuh said that he founded the “Beyond the Wall Initiative” to cater for people who were in correctional facilities, by training and preparing them for life outside the walls.

He added that the Foundation, which he chairs, also provided free legal aid to the inmates that could not afford legal representation.

According to Metuh, “Legend Golden Care Foundation is assembling the biggest pro-bono association or assistance ever in the history of this country and we have just started. We want to make sure that people who cannot afford proper legal presentation are given good lawyers to help them.

“But for today, we are here because of this competition. I want first of all to commend the Federal Government for creating the enabling environment and the atmosphere for sports to thrive in correctional facilities.

“My own experience has proven that this government indeed has been paying good attention to the correctional facilities and they have put in place lots of programmes and policies to ensure that the people that being kept here are well prepared to be able to face the world outside.

“So, I commend the government, the ministry of interior as well as the minister and the controller of correction in FCT,” he said.

He said that the sporting activities which featured football, Badminton, Table Tennis, Volley Ball among others events would positively affect the psych of the inmates.

“One, it helps them to exercise because when you are here the most important thing is for you to exercise your body and free your spirit. If your spirit is inside this wall here it is imprisoned and it will affect your health and psyche and affect you as a human being. But if your spirit is transported and transformed to different place then you will be focused.

“So it is a very good programme and we have decided to be the sponsor of this year’s edition but I want to announce that our foundation wants to make this an annual competition in Kuje facility.

“We are working out to assist and sponsor a sports festival being organised by the FCT command for the entire facilities under the command sometimes in November,” he added.

Metuh however, urged the inmates to be good to one another and also stay away from crimes when they leave the centre.

The Controller of Corrections, Federal Capital Territory (FCT) Command, Abdul-Rahman Maiyaki, said the sports events were parts of the correctional programmes designed to assist the inmates.

Maiyaki said the programmes were in stages towards handing out proper reformation, rehabilitation and reintegration of inmates, adding that sport was one of the programmes.

One of the inmates, who emerged as the best player of the tournament, Anikan Sunday, said that his confinement in the custodian centre had helped him to rediscover himself through football.

Sunday, who is popularly known as the “Controller” on the pitch played for the FC Barcelona team which emerged winner of the competition in the centre.