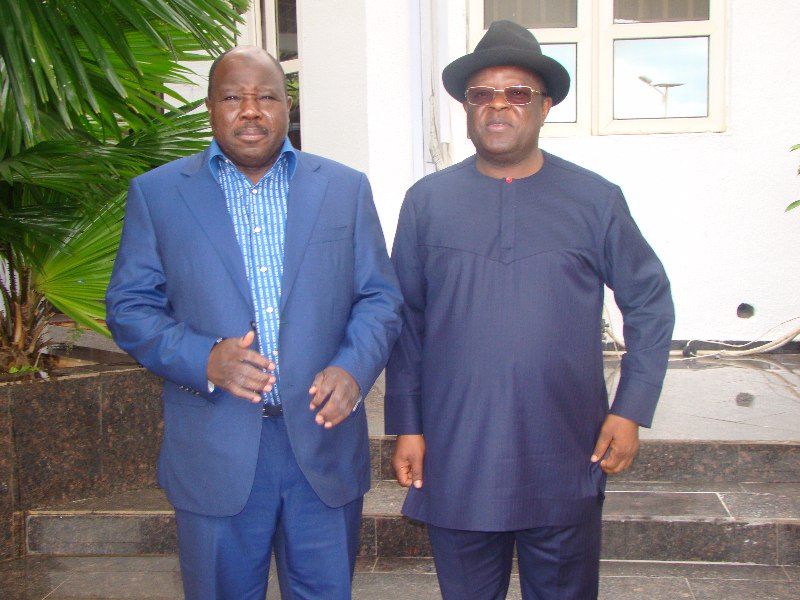 The Chairman of the Southeast Governors Forum, David Umahi on Wednesday endorsed the former governor of Borno State Ali Modu Sheriff as the national chairman of the All Progressive Congress, APC.

Umahi advocated that Sheriff be allowed to go in unopposed for the position of the national chairman of the ruling All Progressives Congress, APC, adding that he is the only man that can be accessed at any time.

Umahi said this while addressing the former national chairman of the Peoples Democratic Party, PDP and former two-time governor of Borno State, Sheriff who came for consultations in Ebonyi State.

“He is the only one that can take the decision but if it is thrown open to make our choice, he is my choice. If Mr President says, well for the interest of the party, we will always obey him.

“If one has a good heart and others are not patriotic, no development can happen. No one man can achieve anything on his own, and so, I call for support for Mr President. And he (Buhari) is a man that is conscious of his integrity and no one can take it out from him.

“I have no regret or apology in saying that Mr President is a man with a good heart” he insisted.

Earlier in a remark, Sheriff, said he intends to unite the party if allowed to be the national chairman of APC.

“The only two strongest states in Southeastern Nigeria are APC states. With what I have seen, I can now tell people to visit Ebonyi State, this is because the governor (Umahi) have made APC governors proud” he said.