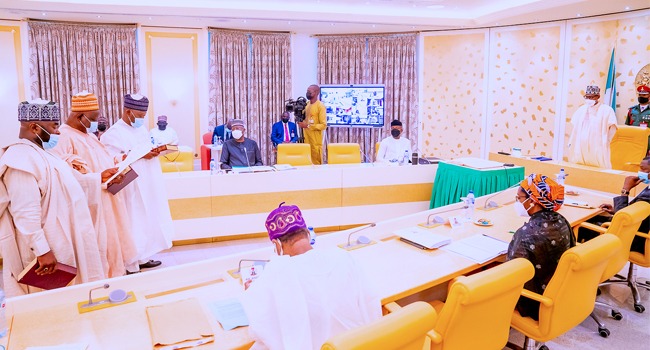 President Muhammadu Buhari has sworn in three National Commissioners of the Independent National Electoral Commission (INEC) ahead of the 2023 general elections.

Recall that the National Assembly had on July 13 confirmed the appointment of five INEC national commissioners, following the consideration of the report of its Committee on INEC.

However, the upper legislative chambers rejected the nomination of the Personal Assistant on Social Media to Buhari, Lauretta Onochie as a Commissioner of INEC.

Before the commencement of the Federal Executive Council meeting on Wednesday, President Buhari swore in Dr Bila, Professor Adam, and Professor Zuru.

The swearing-in which was held at the conference room of the First Lady’s office at the State House had Vice President Yemi Osinbajo and Secretary to Government of the Federation, Boss Mustapha in attendance.

Also present were the Minister of Information and Culture, Lai Mohammed; the Attorney General of the Federation and Minister of Justice, Abubakar Malami; as well as the Minister for Water Resources, Suleiman Adamu.

Others include Ministers of Finance, Budget and National Planning, Zainab Ahmed; Works and Housing, Babatunde Fashola and Interior, Rauf Aregbeshola.

The Head of Civil Service of the Federation, Folashade Yemi-Esan and other Ministers attended virtually from their various offices in Abuja. 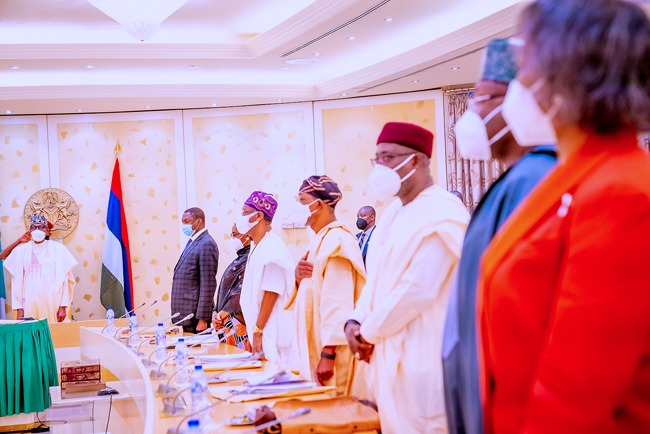 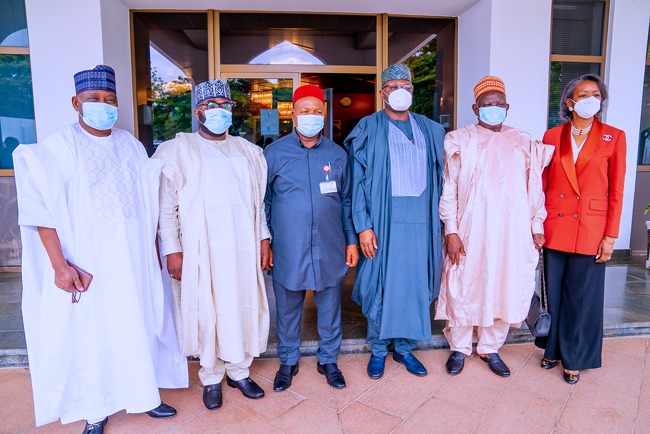 2023 Presidency: Finally, Jonathan Reacts On Defecting From PDP To APC