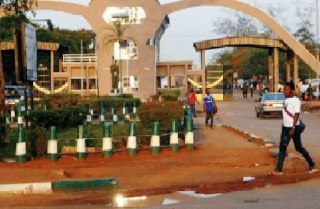 All academic and other activities at the University of Benin (UNIBEN) have been put on hold as the Vice-Chancellor of the institution, Prof. Lilian Salami ordered the immediate closure of the school.

The decision follows the protest embarked upon by students of the institution after the University management added an extra N20,000 charge for late registration payment.

The extra fee charge, however, didn’t sit well with the students who launched a protest against the decision of the school authorities.

As earlier reported by Newsmen, angered by the latest increase, students on Tuesday, shut down the institution’s main gate both at the Ugbowo campus and the Ekehuan campus.

They lamented that the latest addition would make the payment of the school fees pegged at N41,400 difficult due to the prevailing economic situation in the country.

Worried by the escalating students’ protest, the University VC has now ordered the immediate closure of the school and ordered all students to vacate the hostels and premises latest by 12pm today (Wednesday).

The directive was contained in a statement issued by the Registrar of the institution, Mr Ademola Bobola.

“This is based on security reports to avoid the students’ action being hijacked by hoodlums, and thereby prevent any form of breakdown of law and order within and outside the campuses of the University,’’ the statement read.