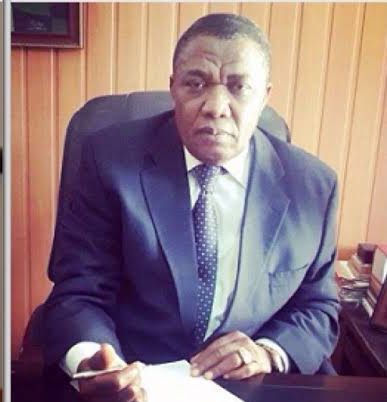 Barr. Prince Orji Nwafor-Orizu, the son of the former President of Nigeria, His Excellency, Dr. Prince Abyssinia Akweke Nwafor Orizu has been shortlisted for the award for the Senior Advocate of Nigeria (SAN) for the 7th time.

Anaedoonline.ng gathered that the popular legal icon, Prince Orji Nwafor-Orizu, who is the principal partner at Orji Nwafor-Orizu and Associates based in Abuja and Nnewi, have applied for the SAN award for the 15th time, but has been shortlisted for seven (7) times.

Barr. Orji who was once again shortlisted for the the 2021 SAN award by Legal Practitioner’s Privileges Committee (LPPC) has consistently been denied the award for the past seventeen years despite qualifying for the award.

The reason why he had always been deemed short of the SAN title is a subject of series of speculations, bothering on conspiracy theories. Price Orji Orizu’s supporters would point to dozens of lawyers who have inferior pedigree compared to Orizu but who have been conferred with the SAN title in their first or second applications.

His landmark cases include the APO 6 case in Abuja where he led the Ohaneze team of 23 lawyers to defend the people who were killed, and also the case of Senator Chris Anyanwu of Imo state for her senatorial seat return.

Prince Orji who is from Otolo-Nnewi, was called to the Bar in 1979 alongside Dr. Kathleen Eberechukwu.