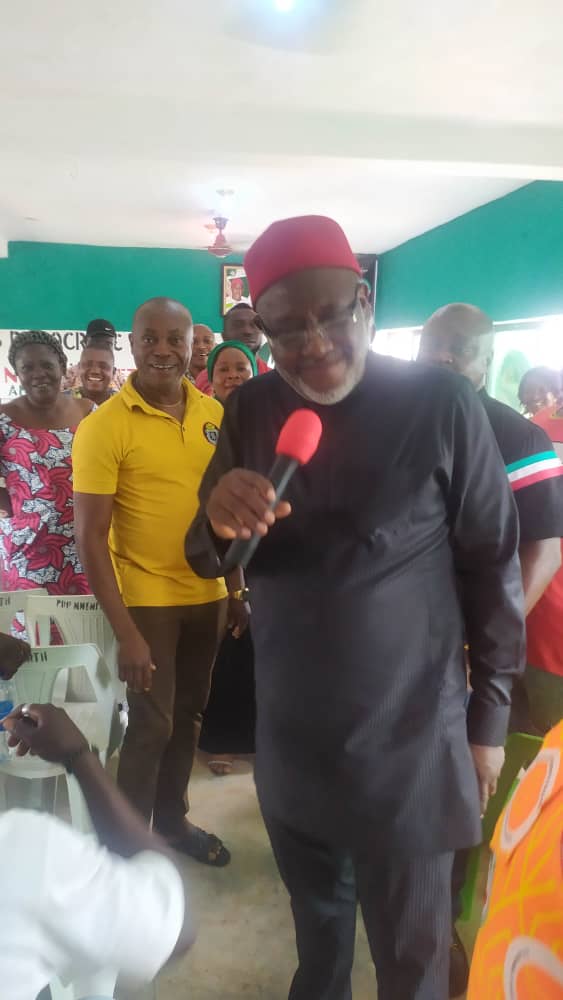 It was a gathering of joy and thanksgiving as PDP Nnewi North Local Government commissions their new office building.

The Chairman, PDP Nnewi North  Hon. Nonso Amachukwu who opened the event on Thursday, 17th September, 2021 thanked Olisa Metuh, their benefactor for bringing an end to their many years of rents.
During his speech, the chairman disclosed that the former National Publicity Secretary, Olisa Metuh singlehandedly funded the entire project including the furnishing of their new office. 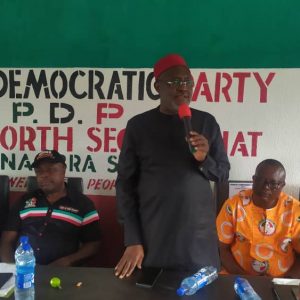 The man of the moment, Olisa Metuh former National Publicity Secretary of People’s Democratic Party, was on the ground to commission the new office.

Speaking at the occasion, Olisa Metuh pledged his unwavering loyalty to the party. He commended the party and disclosed that South East politicians are working together to tackle the issue of incessant sit-at-home by the IPOB members and ensure the release of Nnamdi Kanu, whom he said has not been charged with any criminal act. 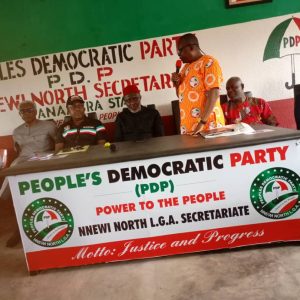 He further condemned the recent disturbances across the South East, urging the youths to channel their anger into industrial developments while maintaining peace and order.

He prayed for the success of the party at the upcoming election and pledged his support from all angles.