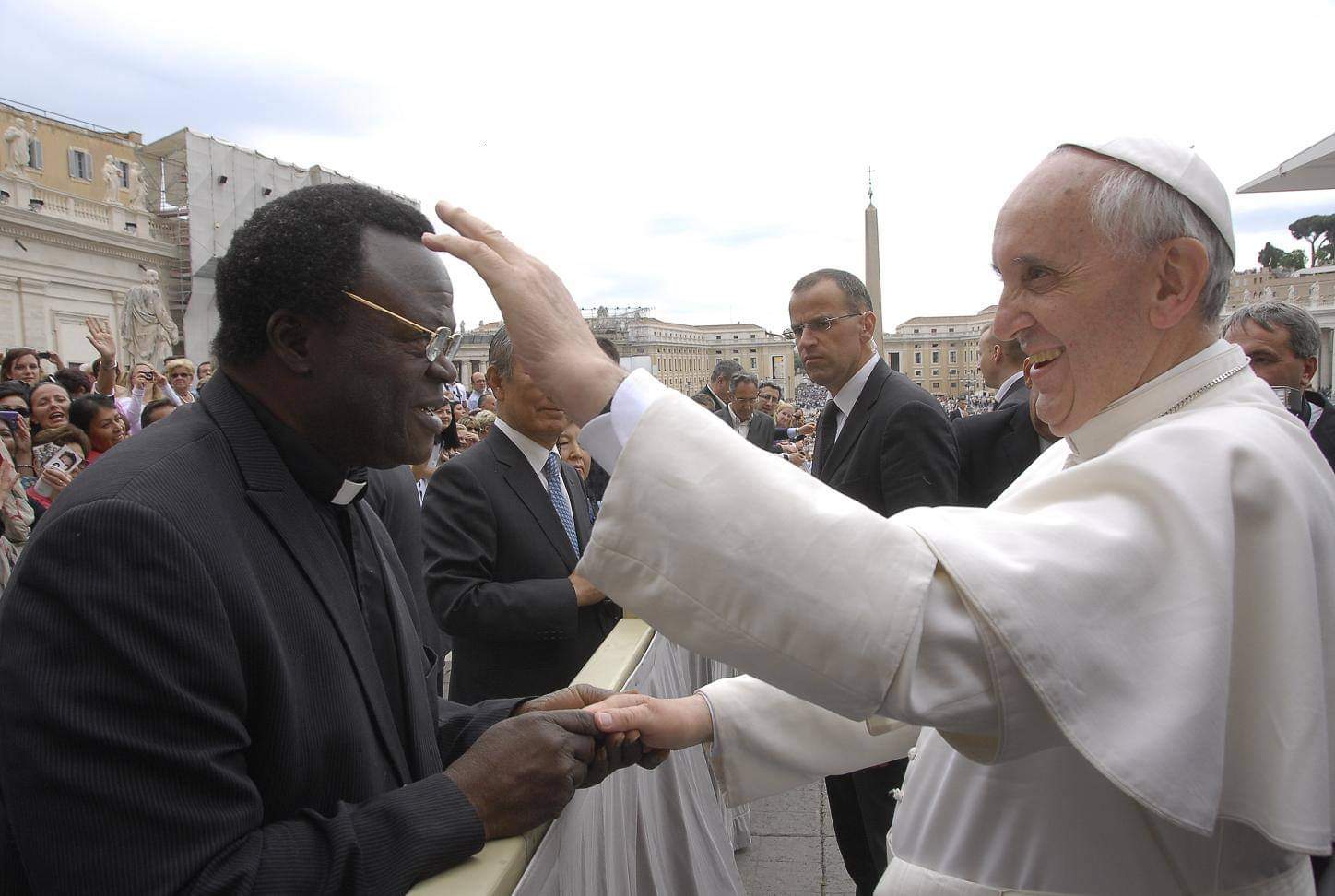 In Nigeria today, there are a number of reverend men of God who have exemplified themselves by being powerful, influential, and famous. In this league are top Catholic priests of Igbo Extraction whose profiles lean towards service to not just the body of Christ but to humanity as a whole.

They are known across the country and even beyond borders, most of them are founders of powerful prayer ministries and institutions. Judging as men do, this is the list we could come up with. We believe if an angel were to make this list, it won’t be identical with ours and perhaps none of them would hit the top five – some may not even make the list at all. God does not judge as we men do.

Rev Fr. Ejike Mbaka is the founder and Spiritual Director of the Adoration Ministry Enugu Nigeria (Amen), he is a very popular fire-brand gospel preacher that hails from Awgu Local Government Area of Enugu State, Nigeria.

He went forward to the Seat of Wisdom Seminary Owerri and later to St Joseph’s Seminary Ikot Ekpene for his training to the priesthood vocation.

Though his late Dad was a pagan, he defiled all odds to get himself into becoming a priest who performs miracles of God.

Signs and Wonders usually follow his powerful ministrations as he organized an all-night adoration crusade weekly at Emene, Enugu, The adoration gathering has continued to be a big crowd-pulling programme as many Catholic faithful and people from other denominations throng the round to attend the programme.

Though many of Mbaka’s sermons are laced with the controversial, sometimes misconstrued as anti-government, this has not in any way tampered with his outstanding profile.

People come from across denominational and geographic borders to attend his crusades.
Fr. Mbaka is not just a charismatic preacher of the word of God, he is also an anointed singer with full music albums in English and Igbo to his name.

His recorded messages on DVDs and audio sale nationwide. His company Aqua Rapha which makes water and beverages is a big employer of labour.

Chibuzo Emmanuel Obimma (Ebube Muonso) was born into the humble family of Late Mr. and Mrs. Obimma of Nkwelle-Ezunaka in Anambra State, he was the last child of seven siblings from his parents. Padre was called to the divine priesthood and ordained on the 6th day of  August 2011. He is the parish priest of  the Blessed

Iwene Tansi parish in Umudioka town, Dunukofia, Anambra state. He is also the founder and the spiritual director of “The Holy Ghost adoration ministry” located in Uke.

His ministry started in October 2011 at his former parish, St Dominic’s Catholic Church Uke, Anambra state all with the direction and inspiration of the holy trinity. Today, his ministry has gone on to transform lives globally.

Needless to add, Fr Emmanuel Obimma is a priceless jewel to the Igbo tribe.

Rev Fr. Paul Obayi widely called “Father Okunaerere” is a top powerful Catholic priest from Igbo extraction, he is based in Nsukka, Enugu state. He is one of the top Catholic priests in Nigeria due to his healing power, deliverance, power against deities and breaking of curses anointing.

Born on the 20th of May, 1947 at Akpugo, Enugu State, Very Rev. Fr. Emmanuel Matthew Paul Edeh Despite his old age is still rated as a top Catholic priest in Igbo land.

Father Ede founded  The Catholic Prayer Ministry of the Holy Spirit, a ministry located in Elele, Rivers State. He also owns these schools Our Saviour Institute of Science and Technology, (OSISATEC), Enugu, Caritas University, and the well-known Madonna University, Okija.

Better addressed as “Man pass Man” is one of the Top Catholic Priests from Igbo extraction. He is the spiritual Director of the Mountain of Solution Catholic Adoration Ministry located in Nkpor, near Onitsha, Anambra State.

BBNaija: Whitemoney Laments Over Queen Wanting To Sleep With Cross