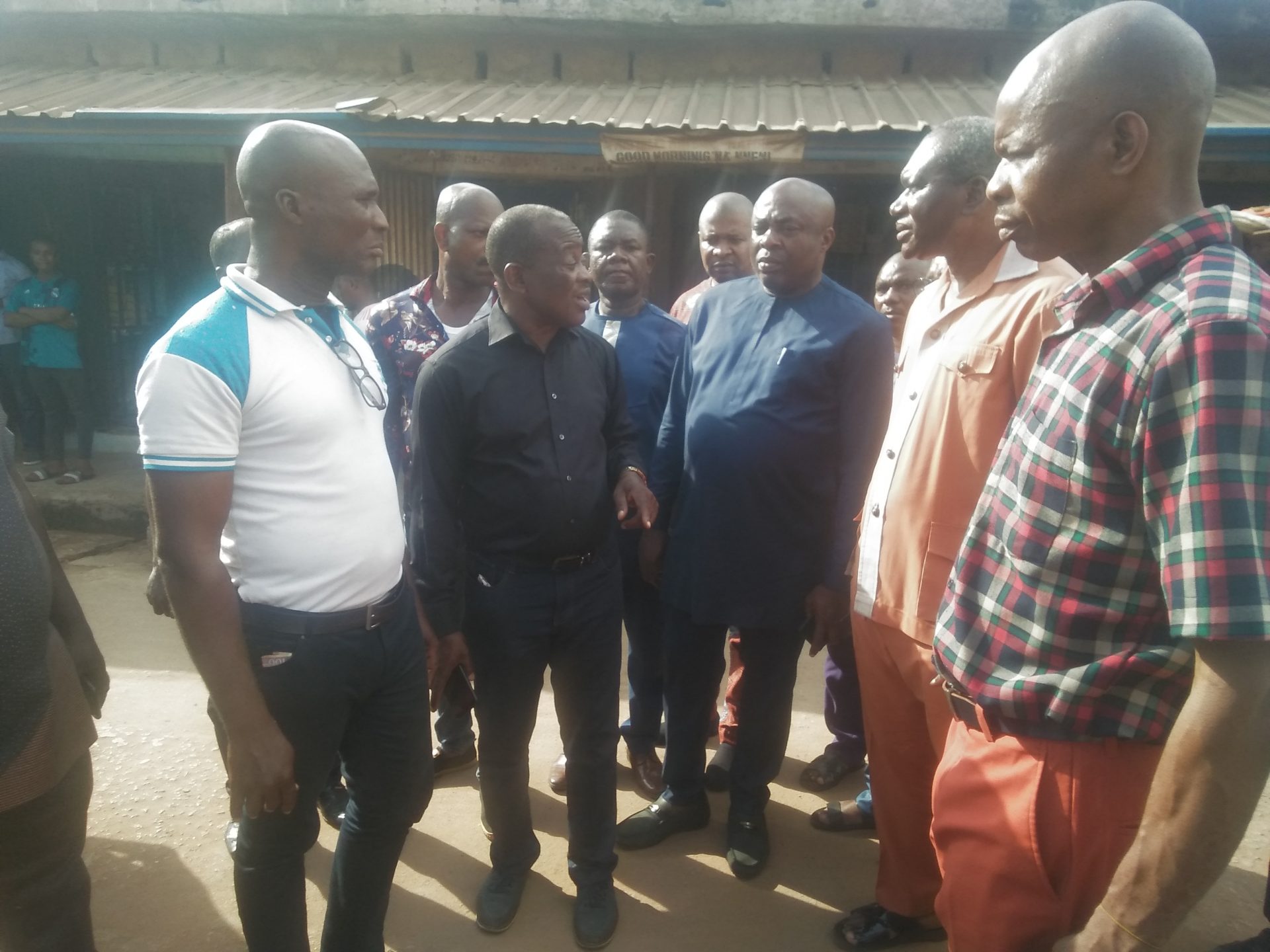 Eddy Muozom in his welcome note to the commissioner at AMSPDA secretariat introduced the governor to the market leaders and promised continuous support to the administration of Gov. Willie Obiano whom the markets have enjoyed immense support.

The market leaders took the commissioner on a tour of the marketplace. 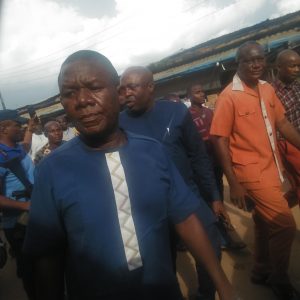 They showed him a tarred road they constructed themselves, numerous interlocked floors, a utility vehicle procured by the traders, the fencing, gates, and two listers that power the whole of the marketplace.

The leadership also showed Hon. Okafor the gulf created by the massive erosion eating up what can be called the backyard of the marketplace. 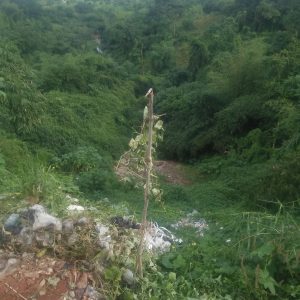 They also took him to the waterborne area where selfish interests are threatening to turn into a commercial facility. They asked the commissioner to intervene and he vowed no such facility would be constructed.

Back to the office, Chairman Ikegwuonu’s address was read.

In it, he narrated how his executive came into power without financial support from the departing leadership. But despite this, his regime was able to construct roads, power the whole market with listers rather than the thousands of generators that pose health and environmental hazards, construct gates, toilets, a vehicle, etc.

They did all this without levying the traders.

The market had three requests from the government:

In his remark, the commissioner applauded the market leadership for achieving so much with so little fund in so short a period of time.

“We will never play with trade and commerce,” he said and promised to work on the requests of the market traders.

The event closed after a lighthearted vote of thanks by Chairman Dennis Ikegwuonu.