Husband Attacks Man With Cutlass For Sleeping With His Wife (Video) 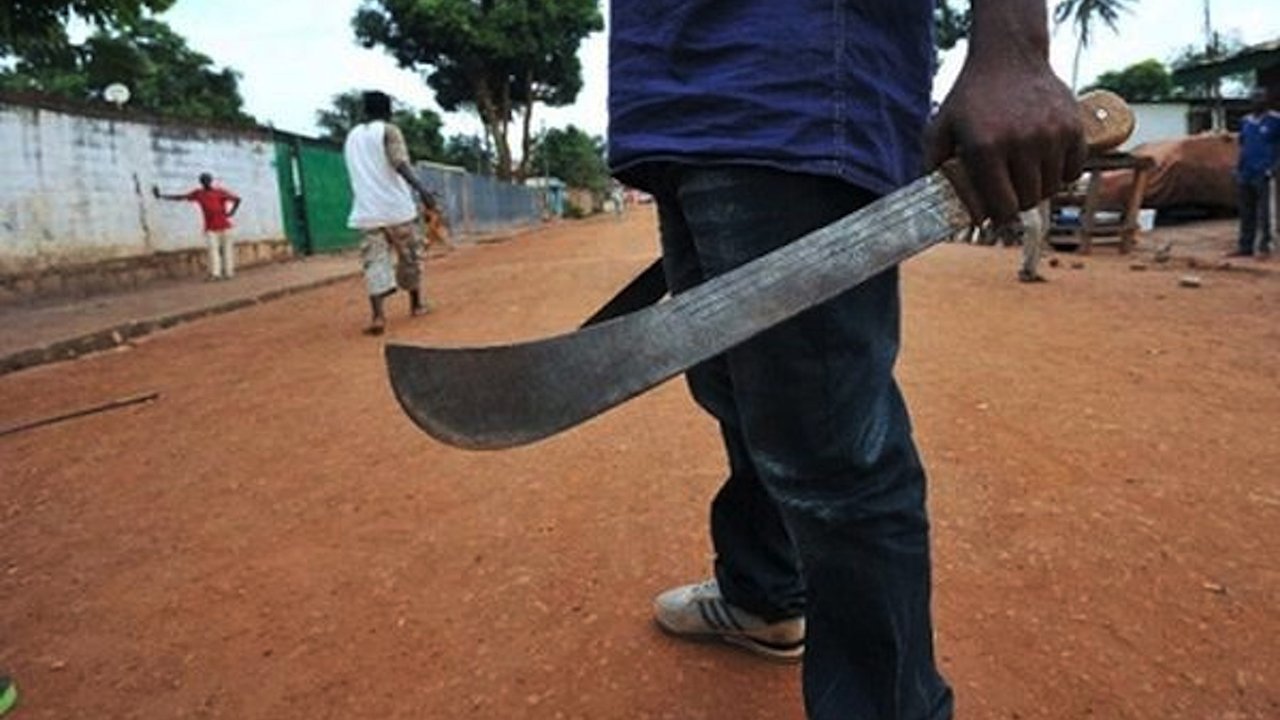 A Ghanaian husband has been spotted in a viral video chasing after a man for allegedly sleeping with his wife.

Anaedoonline.ng learnt that the incident happened somewhere in Adum, a suburb of Kumasi in the Ashanti Region of Ghana.

The angry husband could be seen in the video shared on social media attacking the unidentified ‘concubin’ who was riding in a V8 car.

As seen in the video, it took the intervention of passersby and policemen to rescue the alleged cheater from the angry man clad in a red traditional robe.

Anaedoonline.ng understands that the police subsequently arrested the man with a cutlass, handcuffed and took him away.

See the video below as shared on LIB:

‘If I Speak On Bandit Attacks In Southern Kaduna, Heads Will Roll’ – Senator La’ah