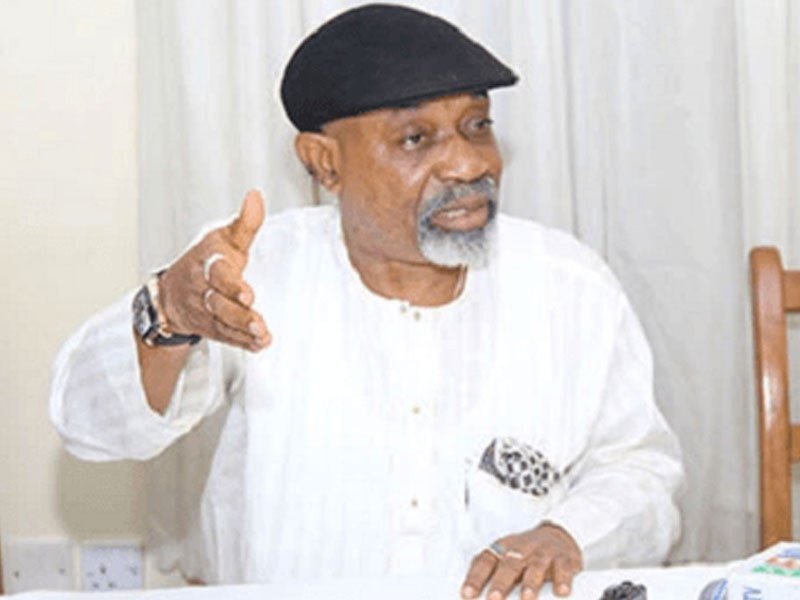 The Minister of Labour and Employment, Senator Chris Ngige has lamented that he and other elites in Nigeria are in danger.

The Minister observed that the situation is as a result of massive unemployment/underemployment in Nigeria which in turn is responsible for insecurity in the country.

He said as long as insecurity persists, then the elites in the country also have no hiding place.

LATEST: This Is How Nigeria Will Collapse – Ngige

As a way out, he said jobs and employment opportunities need to be created for the growing population so the danger can be averted or reduced to the barest minimum.

The Minister was quoted by the Deputy Director, Press and Public Relations in the Ministry of Labour and Employment, Charles Akpan to have said this during a meeting with leaders of the Independent Petroleum Marketers Association of Nigeria, IPMAN, and the National Pension Commission, PENCOM.

He, therefore, urged them to play their roles in making the country safe and secure for everyone by providing formal and regular jobs to alleviate poverty and curb insecurity.

According to Ngige: “So, the elites in Nigeria are in danger, including me and all of us.

“Hence, the sooner we start talking to elites in organisations like yours (IPMAN), the better. So, we can curb this malady and prevent it from escalating.

“When you refer to the nexus between job vulnerability and insecurity, you hit the nail on the head.

“A lot of insecurity problems we have today is caused by unemployment and underemployment.”

Anaedoonline.ng reports that the abducted general is a cousin to a former Inspector-General of Police and current Chairman of the Police Service Commission, Musiliu Smith.

Sikiru Smith is currently the Chairman of Double Wealth Ventures Limited – a dredging and engineering firm.

It was gathered that the retired military officer was supervising work on a site in the Ajah area of Lagos State on Monday when masked gunmen invaded the place and shot sporadically.

Smith was reportedly taken away in a waiting speedboat and sped away.

After A Long Wait, Reality TV star, Shows Off Her Son’s Face For The First Time As He Turns A Year Old (Photos)