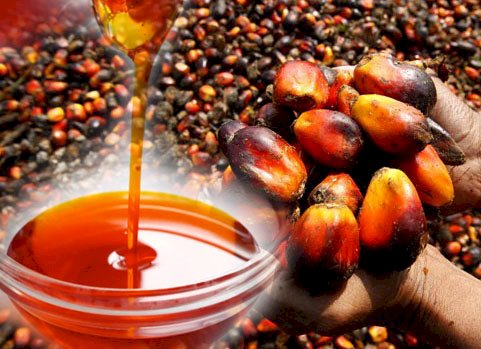 The National Agency for Food and Drug Administration and Control (NAFDAC) has raised alarm over the use of a poisonous substance by producers and dealers of palm oil.

According to the agency, sellers of palm oil now use Azo dye, a substance well known as Sudan Dye in order to make the product look reddish and attractive to buyers.

Anaedoonline.ng understands that NAFDAC Director-General, Prof. Moji Christianah Adeyeye, made the observation at a sensitization campaign in Anambra State.

See How Much Nigeria Spends In Importing Palm Oil Yearly

Adeyeye bemoaned the act, describing it as wicked and inhuman. She noted that the substance is deadly as it causes the gradual deterioration of human health.

According to her, the agency discovered the sharp practices where sellers of palm oil now put Azo dye to make it very reddish for it to look very glittery so that unsuspecting consumers can easily buy them.

Her statement reads: ”Azo dye is a chemical used in dyeing textile materials. It is considered an illegal dye, mainly because of its harmful effect over a long period of time, as it causes cancer.

”So when you see red oil is very tantalizing and too reddish, you should begin to have some level of suspicion on it,” she said.

She, however, called on marketers and dealers of palm oil and even farmers to be very vigilant while urging anyone who discovers the usage of such chemicals on palm oil to report to security agencies.

“We are giving considerable attention to the markets because there are a lot of activities going on there. Some are based on ignorance while some are deliberate because they went cut corners and make gains.

“The emphasis has been on processed foods but there is a paradigm shift in our campaign to focus on raw foods that enter our markets,” she added.