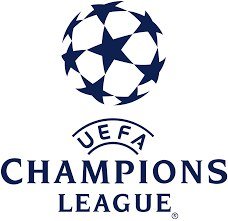 Match Day 2 of the Champions League produced one of the shocks of this season.

Sheriff Tiraspol, who are playing in the competition for the first time, went to Real Madrid and beat the 13-time champions 2-1 on their own turf.

Sebastien Till’s late volley made it two wins out of two for the Moldovan side, who now top Group D.

Jasur Jakhshibaev had given them the lead, before Karim Benzema’s penalty drew the game level at the Santiago Bernabeu.

Lionel Messi finally netted his first Paris Saint-Germain goal, as they saw off Manchester City 2-0 at the Parc des Princes. Idrissa Gueye had given the Ligue 1 side an early lead in the first half.

Newly-crowned heavyweight world champion, Oleksandr Usyk, watched on at the Olympic Stadium in Kiev, as Shakhtar Donetsk and Inter Milan played out a goalless draw.

Ajax maintained their 100 per cent start with a 2-0 win over Besiktas, while Borussia Dortmund defeated Sporting Lisbon 1-0 thanks to Donyell Malen’s first-half strike.

Singer, Davido Reveals How ‘FEM’ Almost Landed Him Into Trouble