#BBNaija: Pere Finally Open Up About ‘Using’ Maria In The Show 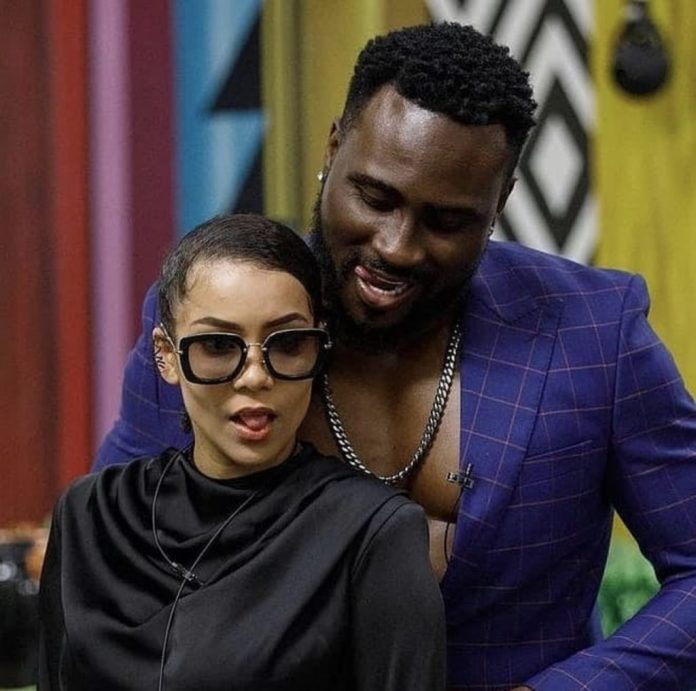 A finalist in the Big Brother Naija, ‘Shine Ya Eye’ edition, Pere, has reacted to the claims of using his fellow housemate, Maria as a strategy to make it to the last day of the show.

Recall that the second-runner up and Maria were close in the house before she was evicted from the reality show.

Pere while speaking with the host of the show, Ebuka during an interview on Africa Magic, noted that he didn’t use Maria as a strategy in the house.

He further stated that Maria was just the right person for him in the house.

Pere added “Maria was not a strategy she happened to be the right person at that moment at the time.

“I know I said some stuff that shouldn’t have been said, I hope she forgives that’s all.”

Meanwhile, the grand prize of the show was won by Whitemoney.

The reality tv star was also presented with a house key and a car by the organizers of the highly watched show.

Among the prizes, Whitemoney got on Monday was a ₦30m cash prize, cash in an Abeg digital wallet and bitcoins courtesy of Patricia, a two-bedroom apartment courtesy of RevolutionPlus Property, a top of range SUV from Innoson Motors, and a sponsored trip for two.

2023: What Obasanjo, Jonathan, Buhari Has Proved About Nigeria – NSA