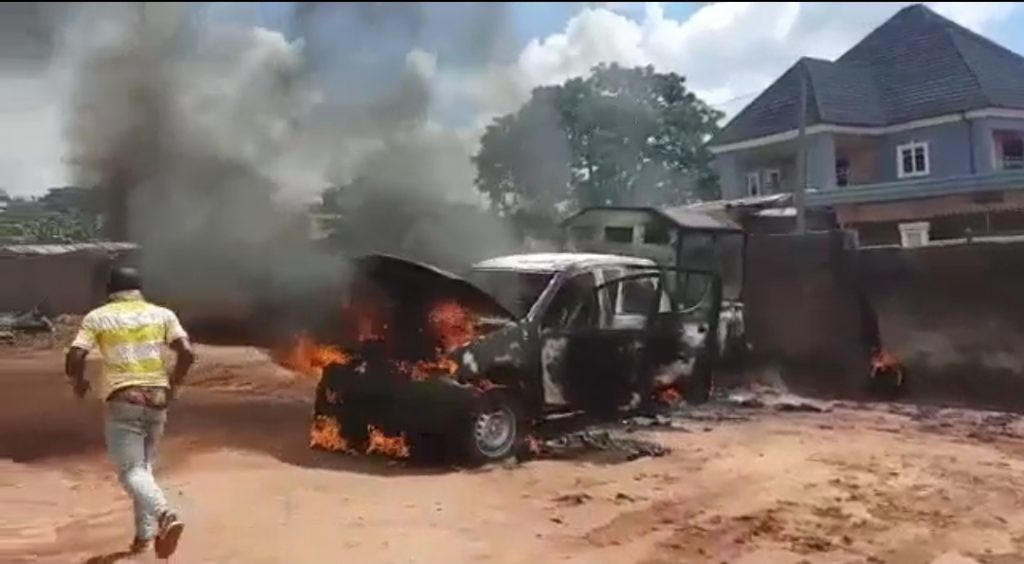 Gunmen have killed a yet-to-be ascertained number of policemen and set their vehicles ablaze in Anambra State.

It was learnt that many other policemen were injured during the shooting incident at a security post mounted by the operatives at Okija, Ihiala Local Government Area of the state on Thursday evening.

Other circumstances surrounding the attack, including the identities of the attackers had yet to be ascertained as at the time of filing this report.

The incident is the latest in what appears to be a growing trend of attacks on police stations and security personnel in the South-East region of the country.

The governors in the region recently announced the establishment of a joint security outfit, codenamed ‘Ebube Agu’ to “battle rising insecurity”.

The Nigerian government has blamed the Indigenous People of Biafra (IPOB) along with its security wing, Eastern Security Network (ESN) for the attacks, an allegation the secessionist group has denied.