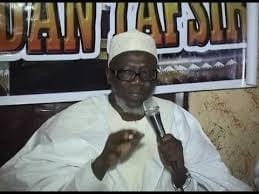 The death has been reported of Sheikh Suenu, the founder, Ummu Hujjatullah Quranic Schools, in Lagos State.

Reports revealed that the cleric died in the early hours of Sunday, October 10.

Though the cause of Sheikh Suenu’s death could not be confirmed yet, reports revealed he has since been buried according to Islamic rites at the Agege Muslim cemetery.

Confirming the cleric’s demise in a Facebook page, Amir Qamaruden Ajala, the CEO, Hajj Mosrur Consolidated Travels Limited, wrote: “In the name of Allah, The Most Compassionate, The Gracious. From Allah we come, Unto Him we shall return. My teacher, my leader, my mentor. Sheikh Ridwan Olanrewaju Suenu is dead. Allahumo Igfri Llahu, War Ham Huu. May Almighty Allah admit my teacher into Al Janatul Firdaus. Amin.”

“Inna lilahi wa inna ilaehi rajiun May Allah forgive Sheikh Ridwan Suenu and grant him Al JANNAH fridaus. Please join us at Agege this morning by 10am for the Janazah in shaa Allah,” Abdullateef wrote on his known Facebook page.