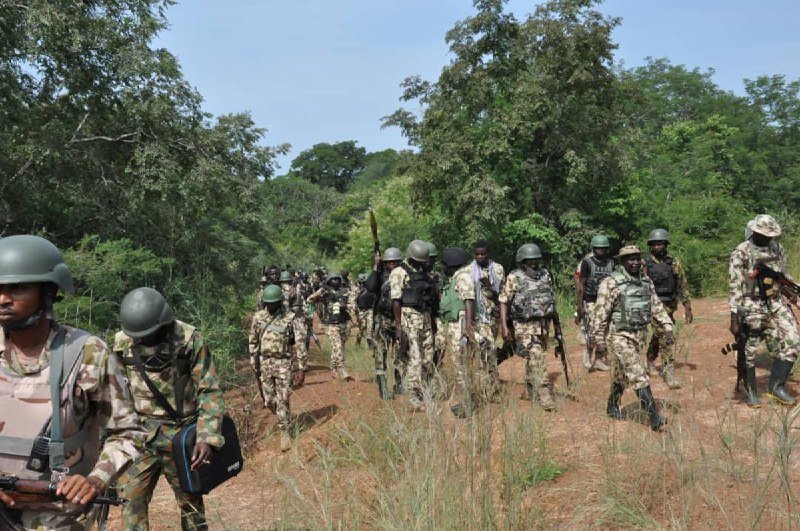 The Nigerian Army has refuted reports that it was constructing a Ruga settlement in the southeastern region of the country.

In a statement released on Wednesday, October 13, the army warned members of the public to disregard the viral claims, saying that the reports are far from the truth.

The communique which was signed and issued by Major Abubakar Abdullahi, acting Deputy Director, Army Public Relations, read thus: “The 82 Division Nigerian Army has noted with utmost concern, a baseless allegation aired through an outlawed online radio that the Division of the Nigerian Army is currently constructing a Ruga Settlement at Igbo-Etiti community of Udi Local Government Area, Enugu State.”

Anaedoonline.ng reports that the Nigerian Army maintained that it remains a credible institution that unites the nation, adding that it has no place for ethnoreligious sentiments.

Giving clarification on the alleged ruga creation, the army said they are rather constructing a military training facility at Igbo-Etiti Community of Udi Local Government Area, Enugu State, and not ruga as claimed in some quarters.

“We will continue to carry out our constitutional tasks objectively across the country and remain totally apolitical,” Abdullahi said.

According to him, the Nigerian Army Engineers are not constructing any Ruga settlement in any part of Nigeria.

”Upon completion, the facility will accommodate troops during training and aid to improve their efficiency in protecting law-abiding citizens across the South East,” he added.

2023 Election: ADC Will Merge With Seven Political Parties Against APC And PDP – Moghalu