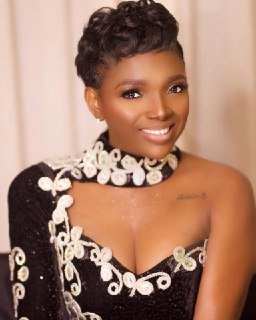 Annie Idibia, wife of the highly-rated singer, Tuface Idibia has finally opened up on the whereabouts of her husband.

Recall that some days back, the singer and his baby mama, Pero Adeniyi were spotted at different locations in Abuja which sparked reactions on social media.

While fans expressed worry over Annie’s marriage to Tuface, the actress recently took to her Instagram page to share a video of herself dancing ecstatically which shows she isn’t worried amid the recent happenings.

In a recent development, a follower took to the comment section to ask Annie if Tuface is still in Abuja and she fired back with a savagery response.

See the exchange below: 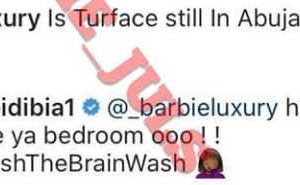