Top Army Commander on Thursday 14th October 2021 confirmed that the elusive Leader of Islamic State West Africa Province, ISWAP, is dead.
The News is received with mixed feelings as this is not the first time that Army validates the death of a terrorist leader only for them to resurface.

The Group has not released any comment in this regards. Nonetheless, General Lucky Irabor who is Military Chief of Defence Staff insists that Al-Barnawi is dead. Albeit the former did not disclose where, how and when the latter had died.

As expected, the suspected death of ISWAP Boss will be a major blow to the terrorist group that wrecked havoc especially in the North East region killing a recorded number of over 40,000 people since its operation begun in 2009.

Al-Barnawi was the son of Mohammed Yusuf, founder of Boko Haram, he however split from Boko Haram to form ISWAP after he had a fall out with Abubakar Shekau. The two terrorist groups continue to attack each other since the separation in 2006. It is believed that ISWAP is well structured and cordinated under Al-Barnawi, which is evident in their gruesome but successful ambush attacks on the military leaving a large scale of casualties. 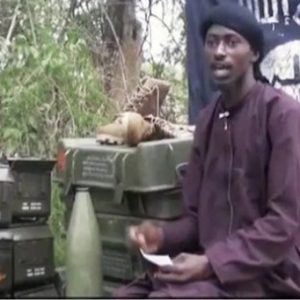 “Since the 2016 split, ISWAP has had about five leadership changes but the group has maintained its consistency in launching deadly and successful attacks against security forces.” He says.