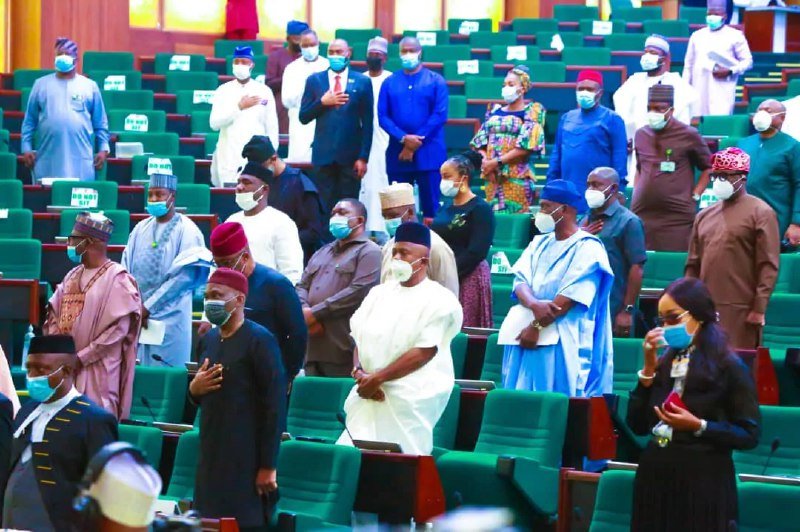 A call has gone out to the federal government to boost its revenue base by taxing cab drivers, carpenters, market sellers, and other small-scale enterprise workers more.

The call was made on Wednesday by a federal lawmaker, Fakeye Olufemi representing Boluwaduro/Ifedayo/Ila federal constituency of Osun state in the House of Representatives.

He observed that these sets of people make huge money but because the government has failed to extend the tax net to them, a lot of revenue is been lost while the federal government continues to borrow and accumulate more debt.

Olufemi spoke during House plenary while contributing to the debate on the 2022 budget figures recently submitted to the National Assembly by President Muhammadu Buhari.

The lawmaker said it is obvious the government needs more money but the borrowing is becoming overwhelming, hence the need to consider other alternatives.

The Rep member, therefore, called on the federal government to explore collecting tax from more self-employed persons to boost revenue and address budget shortfalls rather than just focusing on those whose taxes are deducted directly at the point of salary payment.

He also spoke against the activity of borrowing in the third or fourth quarter of the year when the fiscal cycle is almost ending. Rather he proposed that if the government will make borrowings to finance a running budget, such should not exceed the first or second quarter of such a year.

In his words, “While I salute the honourable speaker and my colleagues herein seated and even the senate for complying with the request by the executive that we reset the button to a January to December cycle for budget making; I think it is fair to expect that if we do that — which we have done, there should be a properly timed implementation of the budget. I know it is easy to talk, it is more difficult to implement.

“I like to tell the executive; if you are going to borrow to implement the project for a year — they should be borrowing January, February and March not borrowing or trying to arrange the borrowing in the third or fourth quarter of the year for which you want to implement.

“I’m aware right now and it has been said here that only two quarterly releases have been made now — we are in the last quarter of the year. That makes a joke of all the effort that we put in day in, day out to ensure that the budget is passed in time.

“And I pay attention to revenue shortfall for the government and I begin to ask myself and I recall when I was young, everybody pays taxes. Whether you are a farmer, your daddy was a carpenter, whatever he did for a living, he paid tax.

“Now we have tended to forgive everybody their taxation except those who have an income where the tax is taken out of your income and the rest paid to you.

“I think our tax reform should be such that every Nigerian has a chance to contribute. Go out there and talk to 80 percent or 90 percent of the people of Nigeria, a lot of them that are self-employed; they don’t pay tax anymore

“So when we hear FIRS or tax organizations, even the tax joint board widening the tax net; why do they shy away from finding a way to make people pay — whether you are a carpenter, you are a taxi driver, you are selling rice in the market — these people make a lot of money but they don’t get to pay nothing. So I think that is an area I would like to see revenue-boosting.”