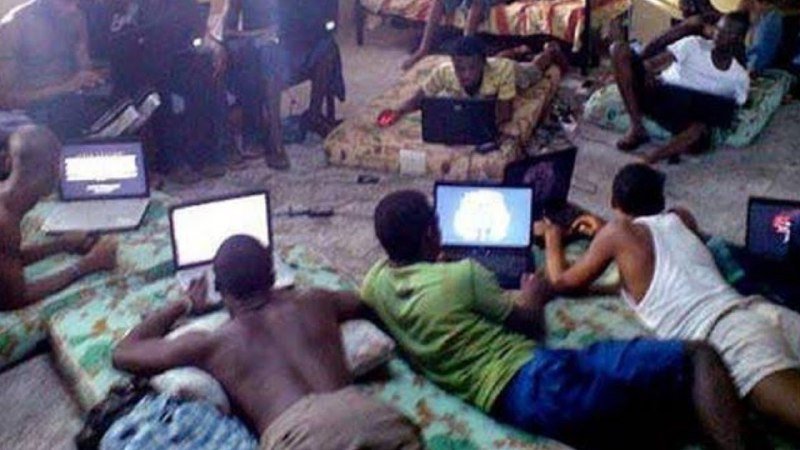 A video making the rounds on social media captures the moment some suspected Yahoo boys showed off their recently acquired iPhone 13 devices.

In the video, about 6 iPhones could be seen on the table while they bragged about their cost, 6 million naira.

The boys who were undoubtedly basking in the euphoria of the moment also slammed people who may say that their device is equivalent to people’s land. Amid the show, a lad among them placed an iPhone 12 on the table but was shouted down by the other guys who felt he is still old-fashioned and outdated.

Moment CCTV Captures The Face Of Thief On A Home Raid