The Five Stages of Marriage In Igboland Outlined 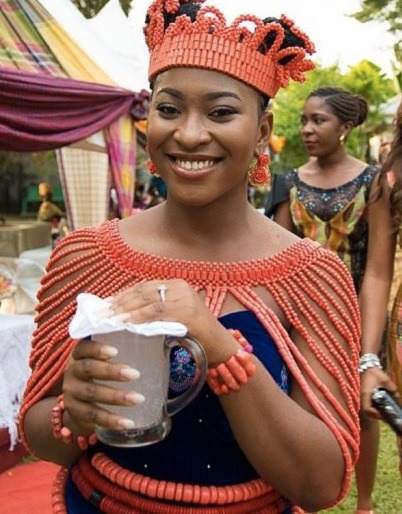 Marriage in Igboland is a very important event. In fact, it is wrong to refer to Igbo traditional marriage as an event. The traditional rites involved and executed by both families and the consenting couples make for a series of events, structured in stages, each one important, each one bathing the other.

In Igboland, traditional marriages are deemed very festive and colorful, one is required to complete the traditional rite before their religious/church wedding can take place even if the couples choose to get married civilly at a courthouse.

Although some of these stages of traditional rite differ from one Igbo community to another, they are all similar in nature, with plenteous convergence points.

Here are all the stages of marriage in Igboland outlined.

The first stage of the Igbo traditional wedding rites that is meant to observe by the groom is the first introduction or knocking at the door known as Ikụ Aka n’ Uzo in the native language. The groom has to visit the bride’s family and informs them about his intention to marry their daughter and his wish to bring his family to come and see them.

Read this – Bride Price In Igboland X-rayed state by state

But customary the groom’s family will not be expecting an answer for their visit during the first family meetup immediately.

The investigations help the two families to uncover where each family comes from, the village locations, each family character, family standing in society, religious practices, including family general health information. In ancient times, it was sought to know if the other family has ties to the Osu or some evil spirits or from an enslaved lineage.

The Discussion Of The Bridal List (Ihu Isi Nwanyi)

This stage, in some cultures, is intertwined, comprising the discussion of the bridal list and the dowry negotiation. In other cultures, nearly everywhere today, the list is collected separately in a stage of its own then taken home and studied by the groom’s party.

This stage comes after the families complete their investigations and both families are happy with their findings, the families can schedule a follow-up visit for the discussion of the Bridal List required for the marriage process.

The List contains items the groom will bring to the bride’s parents on the Traditional Marriage, in that visit the bride’s father will call her to come and greet the guests and in the presence of the guests, will inform her of their guest marriage proposal and ask her should they accept or decline?

Tradition demands the bride’s family to give the required Bridal List to the groom’s family, which includes items for the bride’s parents and community both for the men, the women, and the young adults.

Now when it comes to the Dowry Negotiations (Ime ego), both two families will meet and discuss the dowry amount as tradition demands. There is no set amount for the dowry as it’s up to the two families to decide when the dowry discussion comes up.

After the negotiation, the groom’s family then presents all they’ve bought to the bride’s family on the day of the wine-carrying ceremony.

The last and final rite done by the groom’s family is the traditional wedding ceremony. A ceremony is an open event and the only part of the marriage process the public are allowed to attend at the bride’s family home along with both families, friends, and well-wishers in attendance to witness the union of the couple. 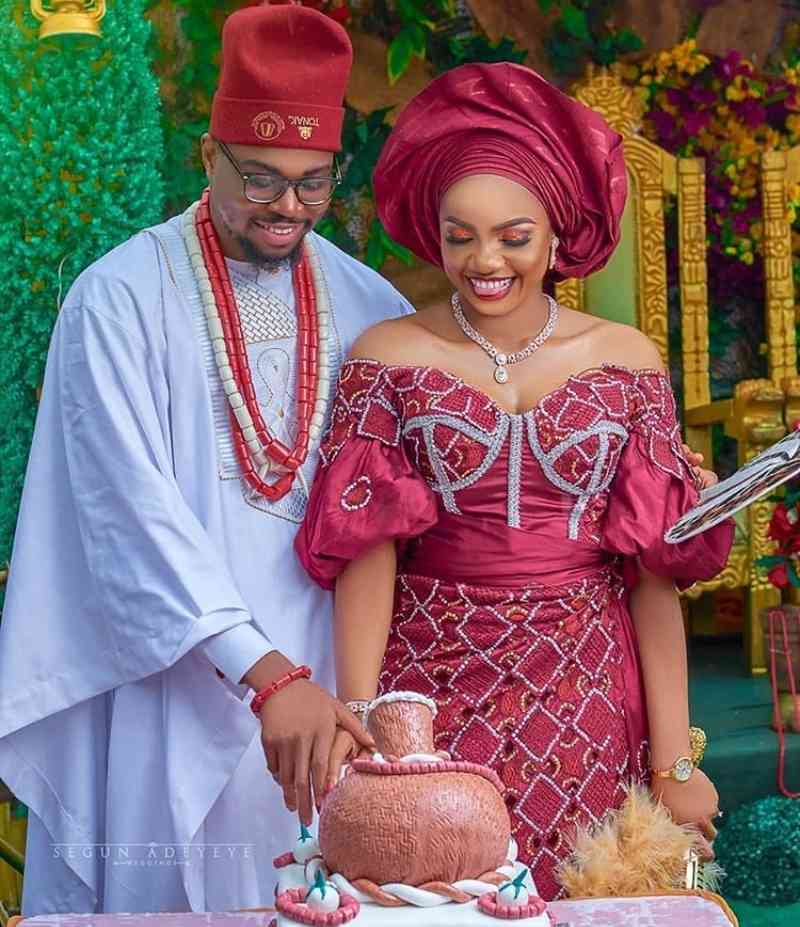 An important part during the igba nkwụ is when the bride carries the wine from her father to look for her groom and when she finds him, she gives him the wine and the public will know her husband.

Here’s Everything we know about Igbo rites of passage

Then she will take the groom to her family for their blessing and words of advice after which the couple will rise to music and dancing, joined by their family and friends. The preparation for the traditional ceremony is the responsibility of the bride’s family as is in their compound.

After the wedding, the marriage process is not over for many places in Igbo culture. The following stage is mostly done on the wedding day but it doesn’t make it part of the Igba Nkwu. It is a distinct stage of its own.

New Home Sendoff Gifts known as Idu Ụlọ in Igboland is the process in which gifts are given to the bride by the bride’s family, where the bride’s family showers their newlywed daughter with house gifts to start her new married life.

Although the gifts depend on what the bride’s family can afford to gift their daughter, upon leaving her family she goes along with a maiden or her sister who isn’t married to keep her company in her new family.

After few weeks after Igba Nkwụ (sometimes months or even years), the Bride’s family first visits the newlyweds’ home (Imata Ụlọ Di) to know where their daughter is living in case of an emergency and to confirm that she is happy and cared for in her new home.