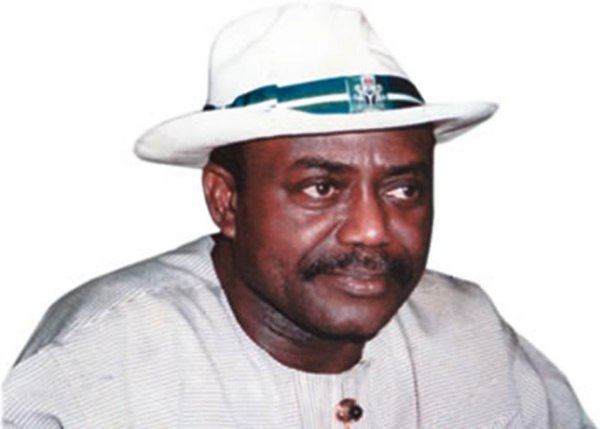 The Federal High Court sitting in Abuja, on Monday, ordered the immediate release of the international passport of a former Governor of Rivers State, Dr Peter Odili, which was seized by the Nigeria Immigration Service, NIS.

The court, in a judgement that was delivered by Justice Inyang Ekwo, held that there was no legal justification for the action the NIS took against the former governor.

Odili, who piloted affairs of Rivers State from 1999 to 2007, had approached the court to challenge the seizure of his international passport by the NIS.

He told the court that his passport with numbers B50031305, was seized from him on June 20 by NIS officials for undisclosed reason, shortly after he landed at the Nnamdi Azikiwe International Airport in Abuja.

He said the NIS had since refused to release the passport to him.

In an 8-paragraphed affidavit he personally deposed to, the former governor, said he landed at the airport from the United Kingdom where he had gone for his routine medical checkup.

He averred that upon his arrival, his traveling documents were checked and given back to him, but while he waited for his luggage to be cleared, an Immigration official approached him and demanded for the passport on claim of routing check.

Odili told the court that he complied and handed his documents over to the official who went away with and failed to return it back.

Stressing that he is a law abiding senior citizen of Nigeria that did not do anything to warrant the seizure of his passport, Odili, prayed the court to intervene in the matter.

He prayed the court to compel the two Respondents in the matter to release the passport to him, as well as to issue an order of perpetual injunction stopping them from further harassing, embarrassing, intimidating or interfering with his fundamental right to freedom of movement.

He equally prayed the court to compel the Respondents to tender written apology to him for the embarrassment caused him by the Immigration.

Cited as Respondents in the matter were the NIS and its Comptroller General.

Release My Passport, I’m Not Running Away – El-Zakzaky Tells FG

LATEST: There Is No APC Congress in Imo – Rochas Okorocha Fumes