Amidst Sex Tape Leak, Tiwa Spoils Herself With A 79,000,000 Naira Wrist Watch(Video) 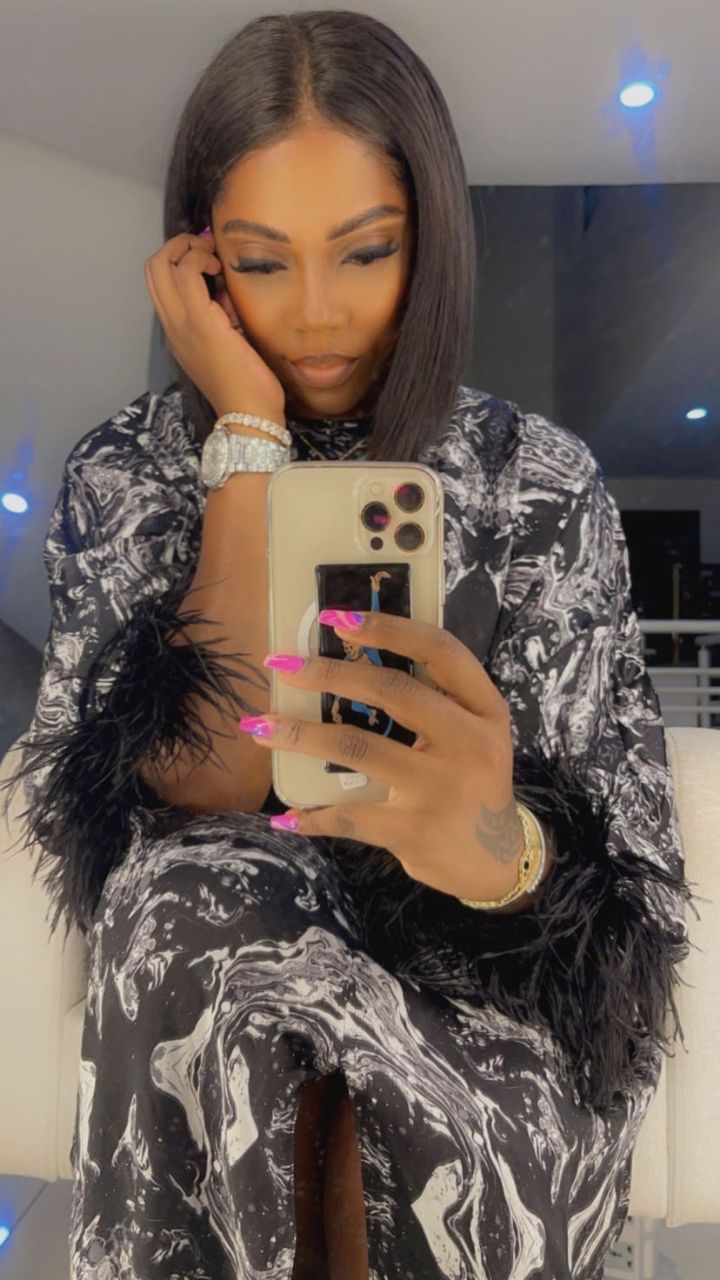 Amidst her sex tape scandal, singer Tiwa Savage took to her Instagram stories to show off her expensive new wristwatch, tagging it ‘New Wrist Alert’.

Meanwhile, this is how Nigerians reacted to Tiwa’s leaked sex tape, Nigerians on social media have expressed disappointment after the much talked about s3x tape of music star, Tiwa Savage, was leaked and deleted in the wee hours of Tuesday, 19th October.

Anaedoonline.ng understands that Tiwa Savage, in an interview with New York’s Power 105.1 FM revealed that alleged s3x tape with her current lover is in the possession of a blackmailer.

According to reports, her unknown lover mistakenly uploaded the video on Snapchat and when he realized his mistake he deleted it immediately.

Unfortunately, the blackmailer had gotten a hold of the video before he deleted it.

The confession stirred reactions as many of her fans disbelievingly pointed discrepancies in the interview.

However, the ‘somebody son will find me, one day crooner’, seems to be telling the truth as the video was released at wee hours of Tuesday morning and eventually deleted for violating copyrights rules on Instagram.

In a split second, the video has gone viral, circulating social media space.

Reacting to the content of the video; fans of the singer, via different social mediums expressed disappointment towards the singer for allowing someone to take a video of her in such a state.

Others argued that the 41-year-old’s lover might be responsible for the leakage as no one can be trusted.

See some of the reactions below

zhaynnie_trendy_wear wrote;’It could be anybody tomorrow, nobody is a saint…People will definitely get over this & move to another gist tomorrow! Nobody is a saint ….’

purplemoonclothing_apparel wrote; ‘Somebody son can not love you with that video. But WHY???? somebody’s MUM’

adejonwo123 wrote; ‘It’s Tiwa but let’s all move on,it was a mistake and I’m so pained right now.