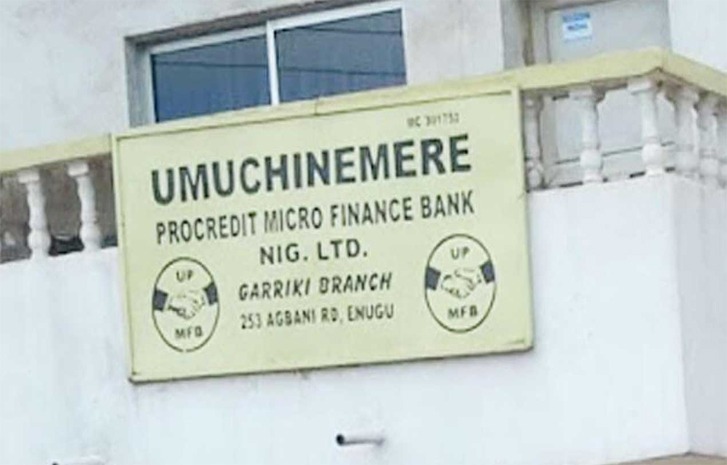 Microfinance banks, be it agricultural, institutional, or cooperative, has this lowly perspective that they are being viewed by the masses. This is largely because of the fact that its operation, capital, and spread are way lower than the capacity of the usual commercial banks that are mostly seen all over the place.

While Microfinance banks might be a miniature of bigger commercial banks, they have however been very crucial in the banking and business sector as they sometimes provide a quicker alternative to some banking services such as loans, savings, etc.

Its size notwithstanding, they are being patronized by the masses and this is because they are more accessible and less rigid in their operation especially when applying for loans and other financial services or assistance.

Through the flexible financial services rendered by Microfinance banks, many businesses and enterprises have been made to spring forth in the South East.

LAPO is an acronym for Lift Above Poverty Organization and it is a Microfinance bank that has many branches situated in the South East. Established in the 1980s, its investment in the empowerment of low-income earning Nigerians has made the bank popular among the people of the South East.

Just as its name suggests, LAPO Microfinance bank has empowered many businesses within the South East by their easy access loans with no heavy collateral value. They give out agricultural loans, loans for the acquisition of houses and landed properties, and educational loans.

This Microfinance bank is located in all five states that are in the South-Eastern part of Nigeria.
In Enugu, it is located at No. 13 Nike Lake Road, Trans Ekulu, 177 Agbani road, and some other places.

This Microfinance bank is rightfully located inside the hub of economic activity as it is situated near Kenyatta Market, Enugu. It is located in located at No. 16 Kenyatta Street, Enugu, Enugu State.

Good Shepherd Microfinance bank, as it is located along with a market, has made itself popular based on the services it has been rendering to the people living in the area and also the market traders who would often come for loans, financial services, and savings.

Named after the Indigenous university of the state, Abia State University Microfinance Bank is one of the most popular Microfinance banks in Abia state. It is located in Uturu, Isikwuato Local Government Area of Abia State.

Read this – Nigerian banks that would give you loans

Its operations are wide and have been serving as a step up banking sector for the people in the area especially students who would rather want a faster and easier means of doing their school transactions.

They have also been running savings accounts for people who are interested in trusting them with their money.

As long as Nnewi, Anambra State, and its environs are concerned, Ibeto Microfinance bank is one of the most prestigious Microfinance banks that has thrived in the South East for many years now.

Ibeto Microfinance bank began its operation on the 11th of May 1991 as a community bank after it was formed as a private organization in February 1991.

In the year 2007, it witnessed a major growth which saw it being changed from a community bank to a Microfinance bank.

It continued to witness a major boom until the influx of commercial banks into Nnewi affected its operations but after a major restructuring, the bank has continued to thrive in the banking sector.

UP-MFB, as it is known for short, is one of the household names when it comes to Micro banking in the South-Eastern part of Nigeria. It was formed, as a community bank, through the initiative of the Catholic Diocese of Enugu who saw the need for a bank that will assist its diocesans and the people of the area.

The operation of the bank kicked off the same year in which it was formed on the 22nd day of July 1995.

They have been around since then and have helped individuals and businesses build up their enterprises, further increasing their popularity all over the East.

Why G-20 Should Accept Nigeria — Jack-Rich

Naira Falls Against Dollar, Trading At 445.83

Echezona obinnaDecember 6, 2022
Another great offer for you