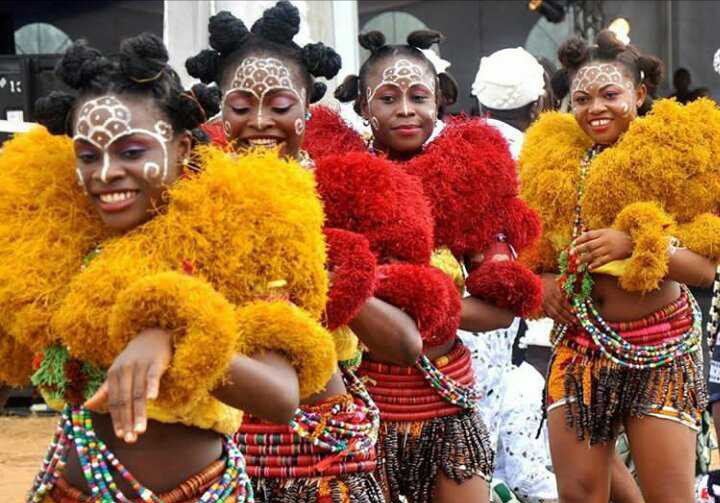 Akwa Ibom is located in the coastal southern region of the country and also in the South-South geo-political zone. With a land area of 7,249 square kilometres, Akwa Ibom State has a population of over 5 million people as of 2016 (estimate).

The people of Akwa Ibom are homogenous in their identity and that is why the state is often referred to as uni-cultural because of the sameness of norms, customs, and even taboos amongst the ethnicities in the state.

Despite having up to 20 different dialectal groups in the State, the cultural similarities between tribes in Akwa Ibom range from folklore to cuisine, dressing, songs, dances, rituals, myths, and beliefs.

Below are the major ethnic groups in Akwa Ibom.

There are about 2 million Ibibios living in Akwa Ibom, making it the most dominant ethnic group in the State. Ibibios have more representation in the politics of Akwa Ibom than any other ethnicity in the State.

Ibibio people speak a dialect of the Ibibio language and are closely related by ancestry and language to the Annang people, another major ethnicity in Akwa Ibom.

Read this – All the major ethnic groups in Rivers State outline

The Ekpe/Ekpo society plays a significant role in the political system of the Ibibio people and that is why they are one of the few tribes in Nigeria that are still contending for the preservation of Nsibidi symbols, an ancient form of writing through the use of ideograms that is indigenous to the Igbo, Ekoid, Annang, Ekpe society, and Ibibio people.

The political capital of the Annang people is the Ikot Ekpene which is reputed to be the oldest local government area in Nigeria. There are about 800,000-1,000,0000 Annang people living in Akwa Ibom, and they have been occupying the State for hundreds of years.

The closest ethnic relations of the Annang people are the Efik and Ibibio people with whom they share dialectal similarities. For instance, in Annnag language, the word for village is “ilung”, while in Ibibio, it is “idung”. This close similarity makes the Annang language understandable to native speakers of Ibibio, Oron, Ekoid/Eket, and Efik.

The Annang people have unique customs that are worth mentioning and one of such is the practice of locking up young virgins who are to be wedded in a room called “The Fattening Room”. The girls locked up in this room are made to eat a lot of food in order to gain weight. It is believed that this helps prepare them for marriage.

The Oron people are the third-largest ethnic group in Akwa-Ibom. They are mostly found in the Oron town and are given to agricultural activities since they occupy a large mass of fertile land. They speak a dialect called Oron which is from the same language family as the Ibibio, Efik, and Annang.

The Oron people are reputed for the Afang soup which is their most common delicacy.

The Obolo people are also known as the Andoni tribe and they are closely related to the Ijaw people of the Niger Delta region. They are reputed to be fierce warriors and throughout their history, they have fought so many wars with their neighbors including the Ogonis with whom they have trade associations.

Obolo people speak the Obolo dialect, which is a combination of Efik, Ibibio, Oron, and Ijaw dialects.

Since Andoni towns and villages are located on islands, the Obolo people are equally good with fishing and other agricultural practices.

Okobo is both a local government area and an ethnic group in Akwa Ibom state. The people of Okobo occupy Odu and Eta districts of Okobo LGA. Okobo people have an age-long association with the Ekpe society and they are known for their traditional dances and masquerades during Ekpe festivals.

The districts Okobo people occupy are rich in mahogany and as a result, most of the people are experts in making boats and canoes.

Afang soup is a major meal that Okobo people eat.

The Ibeno people are located very close to the Kwa Ibo River in Akwa Ibom, and they are closely related to the Andoni and Oron people by ancestry. Ibeno people speak the Ibeno dialect which was coined from the Efik-Andoni language family.

The major source of livelihood of the Ibeno people is fishing. However, some Ibeno people have been known to be farmers and traders.

The Ibeno people have a very rich cultural heritage and firm association with traditional institutions like the Ekpe society, Uke, and Nka age-grade system, which is very popular amongst the people.