The Five Most Popular Transport Companies Within The Southeast 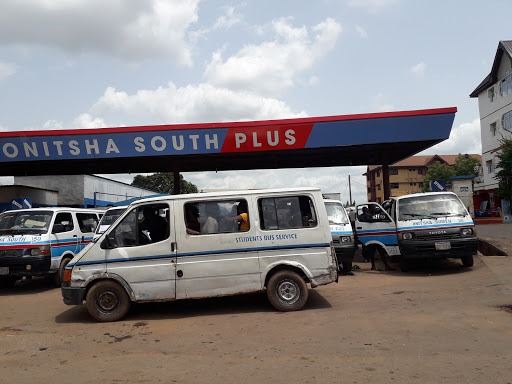 It’s something interesting, the standard of road transport in Nigeria has quite been on a steady increase and we have the swelling population and the rapidly growing urban centres to thank for this. This has given birth to, sometimes, cutthroat competitions.

The competition has been on the standard of vehicles used and fancy terminals for better customer satisfaction, and all the other things we do not see. There is an endless list of road transport companies in Nigeria and more so in the Southeast where Onitsha serves as the busiest gateway in the federation and the biggest concentration of transit vehicles in all 36 states, second, arguably, to Lagos.

Some of the transport companies we outlined below have different operations and destinations, some operate across regions while some operate within just the southeast region of the country. Most of these companies have expanded from just moving people from one place to another to dealing in haulage and logistics.

Here are the top five most popular transit companies within the southeast region. Our list is arguably, admittedly, but all the companies are the ones that would be readily mentioned if you asked the average Okeke in the street.

First on the list have to be the well-known Peace Mass Transit which offers customers services like Intra and interstate traveling services, courier and rental services, is owned by the successful business tycoon Chief Sam Maduka Onyishi. The company was established on the 3rd of June, 1996.

Read this – Peace Mass: How it began, routes, all the facts

Not all big names start big, Peace mass company been an example, Chief Sam been known as an entrepreneur, business magnate, and philanthropist started the transportation company with just 2 buses during its early stage and since then it has grown to tens of thousands of buses and drivers and passengers in the hundreds of thousands every calendar month.

It plies it trades across many parts in Nigeria with its head office located in Enugu State.

Most recently the company ventured into haulage and logistics.

Onitsha South as it is known is one of the popular transit located in the southeast, with head office located in Anambra State. They offer customers services like intrastate and interstate traveling, haulage, and logistics.

Onitsha south covers trips from Lagos, Enugu, and Abuja but currently does not have an online booking platform, they also employ the use of comfortable Buses including Toyota Hiace, Mercedes Benz sprinters, and jet movers for the satisfaction of its passengers.

Eastern Mass Transit Limited is a privately owned transportation company established in 1997 with a location in most of the major cities in the southeast and they have its head offices in Nnewi and Enugu.

It is one of the most trusted transport companies that provide intercity services across the southeast States and also outside the southeast States. You would know when you are in the park as the speakers would be live with a voice-over extolling the qualities of the company with words such as “Best Transport Company 2007 by Road Safety”, etc.

The Imo Transport company with headquarters in Imo state Nigeria is among the leading transport companies in the southeast. The company is a government-owned company founded in Eastern Nigeria and it serves as a source of generating revenue for the State.

Originally it was founded to transport passengers to and fro the Southeast States in Nigeria but now they have operations in almost all states of the country. Although, currently they do not have an online booking system so trips have to be booked at the terminal before booking.

Just like the ITC, Abia line Mass Transit is also government established subsidiary transport company located in the capital of the State and it operates as a franchise-style park where all vehicles are branded with Abia Line Network colours but they are privately owned by individuals, not the government.

Asides from the length of trips journeys, some of these road transport companies thrive to give their passengers a comfortable and pleasant experience during their travels.