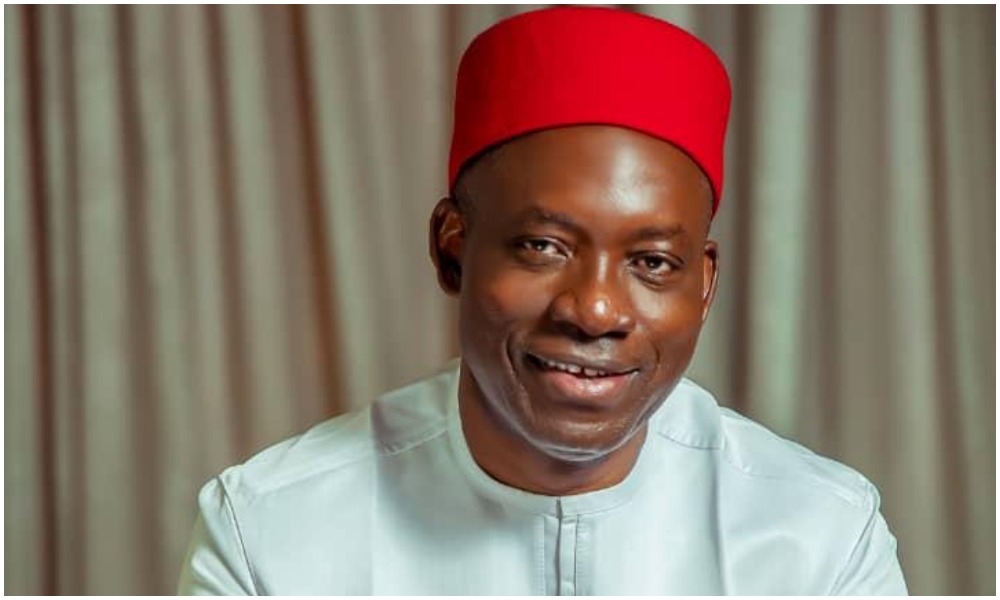 The Governor-elect of Anambra State, Professor Charles Soludo has described his victory in the November 6 governorship election as a victory for the people.

The candidate of the All Progressives Grand Alliance (APGA), shortly after he was declared the winner by the Returning Officer for the election early on Wednesday morning released a statement titled “A Divine Journey Whose Time Has Come.”

The statement which is his victory speech acknowledged the roles played by God, party members, supporters, INEC, security agencies, the presidency, and many others not only in ensuring his victory but in ensuring the election held successfully despite the initial fears and challenges.

Soludo as part of his victory speech extended a hand of fellowship to other candidates in the election, reminding them that the state is greater than them all when he said “There is enough room for everyone to contribute in the service of our homeland,” before also adding that “That’s the Anambra way! Let’s keep the “spirit of Anambra” alive and strong.”

He recalled that though there were initial technological challenges particularly with the Bimodal Voter Accreditation System (BVAS), INEC should not relent in making efforts to deploy technology for future elections but should rather make improvements.

The Governor-elect also mourned all those who died particularly the three policemen attached to him who were murdered by unknown gunmen during his town hall meeting with youths during campaigns.

Read his full victory speech below.

“The run-up to this election and the election itself tested the resilience and integrity of our federal institutions. Many times there were tensions especially as one party boasted that it must “take” or “conquer” Anambra by all means.

“Our institutions proved again and again that this country can achieve eminent greatness when our institutions rise up to the occasion. The judiciary, led by the President of the Court of Appeal and the Chief Justice of Nigeria, stood for the integrity of the judiciary.

“We salute the eminent justices of the Anambra High court, Court of Appeal and Supreme Court for standing up for justice. Your names will be written in gold. We thank President Buhari, the presidency, and our security agencies for ensuring a level playing field.

“We must particularly commend the Chairman, Management and staff of INEC for systematically striving to bequeath a legacy of free, fair and transparent electoral system to Nigeria. The use of Bimodal Voter Accreditation System (BVAS) represents a massive improvement over the Card Reader and manual accreditation system.

“With a continuous refinement of the technology, upscaling of the skills of its operators, collaboration with telecommunication companies, improvement in logistical deployment and security, and stringent punishment for anyone involved in electoral malpractice, Nigeria will be on course to a robust and exemplary electoral system.

“Aside from the initial glitches in the operations of the BVAS machines in some places including at my polling unit, the election has been adjudged as the most peaceful, free, fair and credible. There is joy in the land. Kudos to INEC!

‘To my fellow candidates in the election, I wish to congratulate you for the gallant contest. Our people have spoken overwhelmingly, and surely that loud voice is the voice of God. The ultimate winner is Anambra people: we are all winners. I hereby extend my hand of fellowship to all of you. I need all of you to succeed. Politics aside, we are all brothers. Let’s come together for the “Project Anambra”.

“There is enough room for everyone to contribute in the service of our homeland. On February 7th, 2010, INEC declared as winner of the Anambra governorship election a candidate who had described the election as a sham on Channels TV and refused to vote in protest.

“Two hours after the declaration, I addressed a press conference and congratulated him, and walked away without a legal challenge. I was probably the first candidate of a major political party to do that in Nigeria. In Anambra, we fight hard during elections but meet the next weekend at traditional weddings and funerals and throw banters and share drinks.

“That’s the Anambra way! Let’s keep the “spirit of Anambra” alive and strong, and with it, collectively take our homeland to the moon. So far and even before the official declaration, I have received congratulatory messages from thousands of Ndi Anambra and Nigerians from around the world including some of my fellow candidates. I deeply treasure the massive goodwill.

‘To the estimated 17 million Ndi Anambra within and outside our homeland (state), this is your moment, seize it! This victory is your victory. My role will be that of your chief servant, and I will work every minute of the day with you to make you profoundly proud. I will need the guidance, advice and contribution of everyone to succeed.

“Our state is one of infinite possibilities and humungous opportunities. Working in collaboration with other states, the federal government, and the international community, we have all that it takes to make our state whatever we collectively will that it can be.

“As we transit to a post-oil world and into the 4th Industrial Revolution, let us work together to build upon the foundations of our founding fathers and predecessors to create that livable and prosperous homeland that is the industrial, technology and leisure hub of West Africa. This is our manifest destiny, and collectively we shall get there!

“Finally, let us work together to support our ably working Governor, Akpokuedike Aguleri, to finish very strong. Together, we can, and by the grace of God, we will!”

Ifeanyi Ubah Congratulates Soludo, Advises Him On How To Move the State Forward