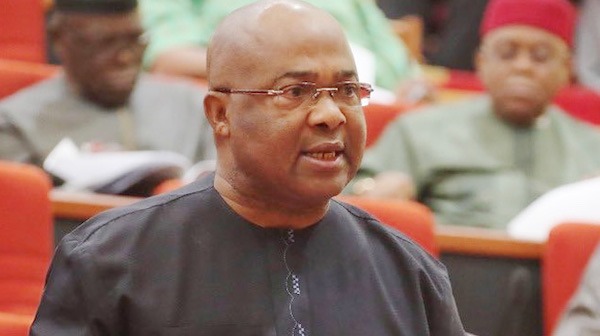 Oil wells. A symbol of affluence, of power, and sometimes of corruption in Nigeria when it is attached to an individual. For states, it is a different game, it is cutthroat competition. With several decades of petroleum extraction under its belt, Nigeria is solely dependent on crude oil production with a production capacity of 2.5 million barrels per day, making it Africa’s largest oil producer and the sixth largest oil-producing country in the world.

Now, you understand why states fight for this.

Of all the eleven states regarded as oil-producing states, 3 states are in the Southeast. Because the South-South is regarded as the home of oil and because of the middle-belt desire to join this hallowed league, there have been clashes between the oil-producing southeast states and their neighbours.

Today, we take a look at all the oil wells battles between the oil 3 and their neighbours.

In 2012, Anambra made the list of oil-producing states in Nigeria, filling out as number 10 in the list. In response to the development, then Deputy Governor of Kogi State, Mr. Yomi Awoniyi, stepped out in an interview with Vanguard reporters to dispute the legitimacy of a sole Anambra-owned oil well.

Awoniyi claimed that the oil well which Anambra State claimed to own was located in Ibaji LGA of Kogi State and not Anambra and was discovered by Total E&P Nigeria (TEPNG), formerly known as Elf Petroleum Nigeria Limited (EPNL).

Enugu State joined in the dispute with claims of ownership of the oil wells that prompted the FG’s declaration of Anambra as an oil-producing state, stating that there were oil blocks in Uzo-Uwani LGA of Enugu State which was along the Ibaji and Idah axis where oil was being explored.

These oil wells along Ibaji/Idah/Uzo-Uwani axis have resulted in bloody invasions that were quite morbid. In 2013, Daily Trust reported that over 40 people were killed with several more severely injured during one of such invasions. Controversy has continued to trail Anambra’s status as an oil-producing state as the agitations by Kogi and Enugu States are far from being contained.

In January 2014, the battle line was drawn when then Governor of Rivers State, Rotimi Amaechi, had stepped out with an audacious statement about Soku and Etch oil wells during his New Year broadcast, claiming that the oil wells belonged to his state and was unfairly ceded to Bayelsa and Abia states.

Amaechi had made this claim following his decision to defect from the Peoples Democratic Party (PDP) to the newly formed All Progressive Congress (APC) on the grounds that there was no credibility in the sixteen years that the PDP wielded the seat of power.

Read this – Where to Setup Your Startup? – All The States In The Southeast Ranked

He cited the Presidency’s decision to allocate the oil wells that rightfully belonged to Rivers State to Bayelsa (then President Goodluck Jonathan’s native state) and Abia states as the height of corruption and as one of the reasons why he had to leave PDP in search of a party that seeks to be accountable and transparent.

Amaechi even went on to suggest that he would return to PDP if the oil wells were returned to Rivers State, adding that he, however, knew that President Goodluck Jonathan would not make an effort to do the right thing.

Over the years, boundary dispute involving oil wells has continued to breed fierce woes between Abia State and Rivers State.

In 2018, then Governor of Abia State now a senator Theodore Orji, decried the Presidency’s classification of the oil wells in the entire Old Imo State (now Abia State) as undecided as to the reason behind the hindered development of oil production in Abia State.

He cited also that Rivers State has continued to reap from oil wells that rightfully belonged to Abia State.

Rivers State has shown its resilience in a show of defiance even at the threat of the law’s wrath. At one point, Rivers State was the highest oil-producing state in Nigeria. However, this reputation has been stripped off after nearly 100 oil wells which Rivers State laid claim of had been successfully allocated to Abia, Akwa-Ibom and Bayelsa states during the Good luck Jonathan-led administration.

Hence, with Imo State on the verge of taking yet a number of oil wells that they claimed to be the rightful owners of, Rivers State seems to not be backing down without a fight as both states try their cases in court.

In this suit, Rivers State has demanded of the Supreme Court to declare that the 10th to 12th editions of the country’s administrative map that delineated the boundary between Rivers State and Imo State and other maps bearing such delineations are inaccurate and void and as such, cannot be relied on.

This heated case has resulted in the invasion of the home of the second most senior justice of the Supreme Court, Mary Odili, and while the Invaders are still being investigated, the hearing of the case between Rivers and Imo State over the oil wells in the aforementioned communities has been adjourned to January 17, 2022.

Connect with us on Facebook
By Johnson Onyedika, Enugu

Everything You Need To Know About 82 Division Enugu