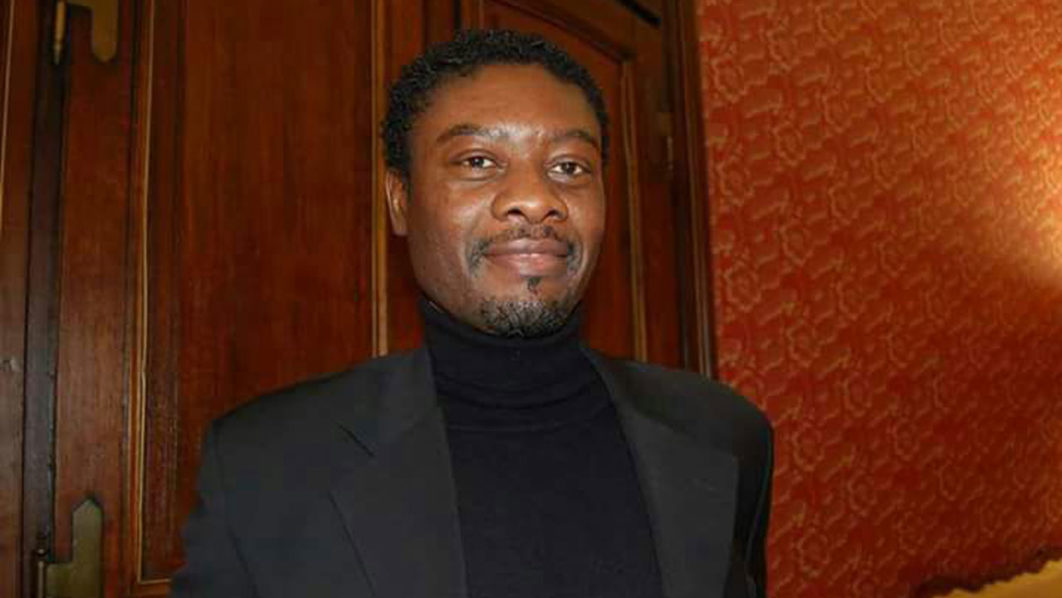 He has been in the middle of all the controversies circling the activities of the Indigenous People of Biafra (IPOB) and its security wing, the Eastern Security Network (ESN). For instance, when he was granted an interview by Channels Television, all hell, as the cliched line goes, broke loose.

He is that huge. Or, perhaps, it is about who he represents.

But who is he and how well is he known? There are not so many media arms capable of effectively answering these questions on earth. We tried to and here is what we have.

Is Emma Powerful a real person?

This is perhaps the most important question to ask about Emma Powerful: Is he really a real person? Does he exist? Of course, we have heard his voice on TV and radio and read his press releases in print and on the internet, but is the voice that of an individual who stands for Emma Powerful and his the press statement the making of IPOB’s media arm as a whole?

No one can say for sure; or, no one would say.

The image of Emma Powerful shown by Channels TV is different from the image on the internet associated with the name Emma Powerful.

This makes sense. By doing this, IPOB would not make one man a target of DSS and Nigerian security operatives. It is easy to target one person but not a tenured system.

For ardent listeners of Radio Biafra, there is a certain consistency with his voice. This could mean two things. One, there is a permanent voice-over for Emma Powerful; two, he is a real person and actually one person.

The last line has now brought us to the second question?

Who is this Emma Powerful?

He is a Nigerian-born Igbo activist and Pro-Biafra agitator who is at the forefront of the struggle for the liberation of the defunct Republic of Biafra from Nigeria. He is seen as the closest friend to Mazi Nnamdi Kanu, who is currently in the custody of the Department of State Services (DSS) awaiting trial for many alleged treasonable offences.

No one can say for sure when Emma Powerful was appointed the spokesman for the FG-proscribed group by Mazi Nnamdi Kanu. It is a case of seeing statements by IPOB signed by Emma Powerful. He became nationally known when he granted an interview to Channels TV in April 2021 which saw the latter in NBC’s hot waters (and fined).

But he has been there before then. He has served the purpose of defending IPOB and ESN from the many atrocities the authorities and media accuse them of perpetrating. But he only found the biggest use of his voice when Nnamdi Kanu was arrested in June.

Many now turn to him for direction and it can be said he is Nnamdi Kanu’s number two.

Just like the likes of Mazi Nnamdi Kanu and Sunday Igboho, Emma Powerful is a strong advocate against the menace that the Fulani herdsmen are causing in society.

Just like his master, he has, times without number, advocated for the vehement resistance of all the attempts of the Fulani herdsmen to maim or destroy properties within the South East.

In 2018, Emma Powerful made this thought known when he was condemning an attack by herdsmen when he said, “IPOB’s message of freedom is the only way out of the present impasse in the fight against terrorism in Nigeria”.

He is also a staunch believer in the Biafra project but the release of Nnamdi Kanu has now appeared to be the primary agitation. And just like Mazi Nnamdi Kanu,  he has become a prey waiting to be pounced on by the security forces of the country at any time.

If they can find him.

Who are his family members?

Emma Powerful’s family, if he has any (he should, he didn’t fall from heaven), is shrouded in secrecy.  According to reports, the spokesman or the Indigenous People of Biafra, IPOB, is actually married and with children but due to the nature of his social and political lifestyle, beliefs, and agitations, he keeps them away from the prying eyes of the world.

It is believed that his wife and kids are outside of this country. This is a school of thought.

Another school of thought suggests that he is the same Emma that is the younger brother of Nnamdi Kanu himself. This group believes that he takes the second name powerful to mask his true identity. The projector of this thought is the self-acclaimed investigative journalist, Kemi Olunloyo.

This one is harder to believe as the images of Emmanuel Kanu are on the internet and it has no semblance with that of the person claimed as Emma Powerful.

As mentioned above, there are a number of people who believe that Emma Powerful is a composite of many people in IPOB’s media arm.

Number of Nigerians That May Go Hungry In December 2021 Revealed

Nigerians React As Itakpe-Warri Train Embark on ‘Pick And Drop’