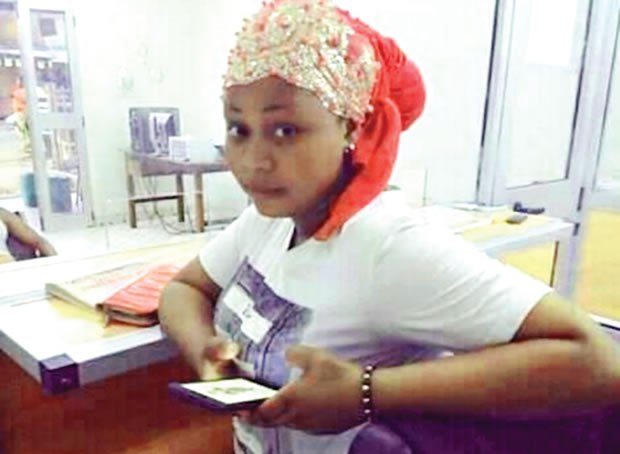 Nigerians have taken to social media to express deep anger over the ‘death’ of a ‘wrongfully jailed’ Nigerian lady, Itunu Babalola.

According to reports, 21-year-old Babalola from Oyo State was a trader based in Bondoukou, Cote d’Ivoire. Her apartment had been burgled by an Ivorian in September 2019 and she had reported the incident to the police but DPO informed her that the suspect was his nephew. He reportedly offered her a settlement worth roughly N100,000 to drop the case, an amount lesser than the N300,000 worth of stolen effects.

Babalola was subsequently arrested when she refused the settlement, charged to court for human trafficking and sentenced to 10 years in prison.

A journalist, David Hundeyin, had shared the story of Babalola on Twitter in March 2021 and the Nigerians In Diaspora Commission had said it was working to prove the innocence of Babalola.

NIDCOM, headed by Abike Dabiri-Erewa, had confirmed that the lady was charged and incarcerated for a crime she didn’t commit.

“Following painstaking investigations by the Nigerians in Diaspora Commission and the Nigeria Mission in Abidjan, Cote d’Ivoire, it is now confirmed that Itunu Babalola, a Nigerian living in Abidjan was wrongfully charged and incarcerated for a crime she did not commit.

“Plans are underway to engage the services of a legal luminary to prove the innocence of Itunu Babalola at the Court of Appeal after the accused had spent two years out of a ten-year jail term for an offence she did not commit,” the commission had promised in a statement.

Uduak: You Have 14 Days To Retract Your Publication, Or… – Akpabio Threatens To Sue Journalist, Hundeyin

However, many Nigerians were shocked on Sunday night when Hundeyin, who had been following the case, gave serial updates that Babalola’s contracted an infection in the Ivorian prison. The journalist uploaded photos of the young lady in an emergency situation being attended to on a stretcher by medical personnel.

Some were gutted that eight months after NIDCOM promised to ensure justice was served on the matter and secure the lady’s freedom, Babalola still remained behind bars in the Francophone West African nation.

Many were equally heartbroken when Hundeyin announced hours later that the young lady gave up the ghost.

“I have just received a message from Cote d’Ivoire about Itunu Babalola. She is still in prison in Abidjan where she has contracted a serious infection and apparently she is dying. All those promises by NIDCOM, Abike Dabiri, OYSG etc – audio. She’s finally dying,” Hundeyin wrote.

“Itunu is dead. She died this night. Just confirmed,” he later tweeted.

His post attracted over 1,100 retweets and over 3,500 comments as of press time, with many berating NIDCOM for allegedly neglecting the lady.

@DavidHundeyin stated, “Nigeria does absolutely nothing for the citizens, especially southerners but expects the citizens to love the country and uphold some magical patriotism. RIP Itunu. So sorry to her family.”

“Nowadays, I just feel so sorry for every Nigerian, including those in diaspora! We’re in a lot of trouble! The system failed us!” @Petraandra2 lamented.

JUST IN: Six Nigerians Listed By UAE As Sponsors Of Terrorism (Full List)

Another tweep, @fvckgotti, called out the NIDCOM chair, “@abikedabiri, you once stated this girl is in safe hands. you tweeted the foreign affiars ministry were on deck to Abidjan to save this lady. I’m not quite surprised when even in our own country, we fall prey/victim of circumstance not to talk of needing help when we are away. Damn Broken heart.”