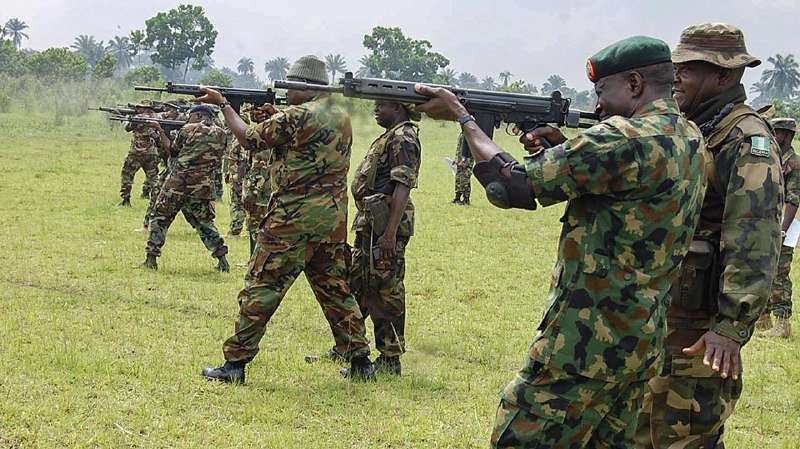 Residents of Orsu-Ihiteukwa community under Orsu Local Government Area in Imo State have been fleeing their homes over fear of being killed by soldiers of the Nigerian Army.

The soldiers are allegedly said to be on a mission to take out anyone perceived to be a supporter of the gunmen running riot in some parts of the South-East in recent times.

The soldiers are said to be moving round the town and hacking down individuals picked up randomly, according to accounts of some residents, who have run out of the community with their family members.

“There is an ongoing massacre of Igbos at Orsu in Imo at the moment. The government has ensured that this is not reported in the media.

“The army is killing Igbos, let the whole world know about this. A lot of us have fled the community so that we will not be killed by the soldiers. Everybody is afraid,” a resident told Newsmen on Friday.

Residents further revealed that soldiers were taking away bodies of those killed in trucks in order to conceal the crime.

“They are moving the bodies away in their trucks. This is so that the world will not know the atrocities they are committing here,” another native of the town, who has also fled the area, disclosed.

Findings by reporters revealed that the latest onslaught by soldiers in Orsu might be connected with the killing of an Anglican priest named Emeka Merenu on September 14, 2021 by gunmen said to be angry with the victim for inviting soldiers to protect a school he oversaw at a time IPOB declared a sit-at-home order.

JUST IN: Sponsor Of Unknown Gunmen Arrested In Imo

Apart from killing the priest, the gunmen also burnt his car.

Earlier in February this year, the Imo State Government invited the military to Orsu and Orlu to help chase away suspected members of Eastern Security Network (ESN) said to be a wing of the Indigenous People of Biafra (IPOB).

According to the state government, the soldiers will help restore sanity to the area and ensure that gunmen don’t have a field day anymore.

“Our government decided to invite the military to flush out IPOB and their so-called ESN.”

“We discovered that there was a camp which IPOB established at Umutanze, Orlu, and we sent police to dislodge them; it happened that they attacked the policemen and killed two of them.

“It was after they killed those policemen that the government had to bring in the military.

“They also relocated to Udah in Orsu LGA, a camp at a boundary between Imo and Anambra states. The place is a very depressed groove that no one can easily enter.

Ohaneze Ndigbo Laments Use Of Force By Millitary In Orlu

“The military had to deploy their arsenal to diminish the IPOB people there. We can’t fold our arms for these boys to continue to kill people every day,” Attorney-General and Commissioner for Justice in Imo, Mr Cyprian Akolisa, disclosed in May this year. SaharaReporters had revealed how a soldier of the Nigerian Army in an audio warned residents of Orlu town in Imo to either relocate or be vigilant as some personnel had allegedly been given a shoot-on-sight order in the battle with members of ESN.

Spokesperson for the 82 Division of the Nigerian Army and that of the 34 Artillery Brigade, Obinze, Owerri, Imo State, could not be reached for comments on the latest development at the time of filing this report.