Days After He Got ₦192m In His Wema Bank Account, Bank Officials Fly To Dubai To Meet Davido 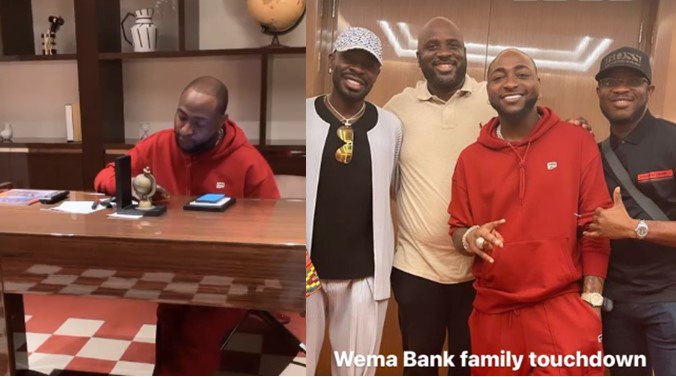 Talented Nigerian musician, Davido on Friday received officials of the bank where he has been receiving his ₦1 million donations in Dubai.

The bank officials travelled to discuss with Davido days after he called on his fans and friends to donate ₦1 million each in his account.

Davido had claimed that he needed the money to clear his Rolls Royce from the port and within hours he had made more than ₦100 million in his account.

As of the time of filing this report the Davido Music Worldwide boss has made the whopping sum of N192m in his account.

The development was disclosed by Davido’s lawyer, Prince Ajudua in a post on his Instagram story, adding that the bank officials flew from Lagos and they had to meet with them at an unexpected time.

Whitemoney Goes Down On His Knees In Dubai Airport After First Trip Abroad, Nigerians React