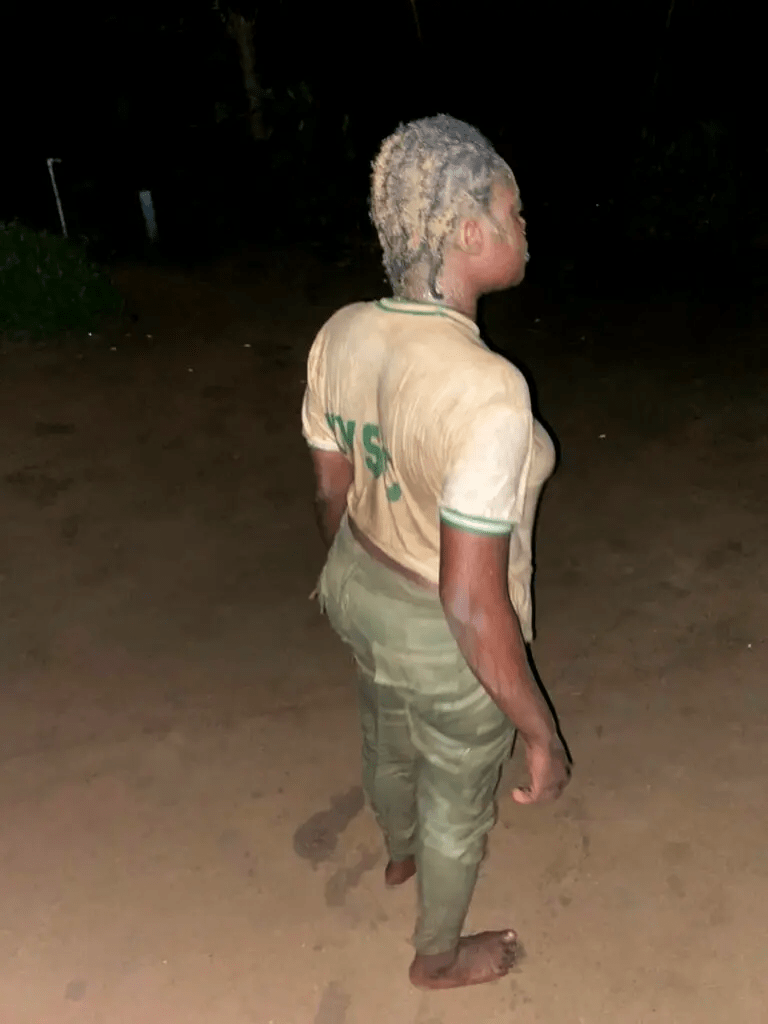 An ex-corps member, Ezeiruaku Ifeyinwa Fidelis, who was assaulted by a female commissioned army officer, Lieutenant Chika Viola Anele, says she’s yet to collect her discharge certificate from the authorities of the National Youth Service Corps (NYSC).

According to report, Ifeyinwa said she has been battling with acute trauma since the incident, which she says has continued to impact negatively on her daily life.

The distraught University of Lagos alumnus added that the trauma had impacted greatly on her that she found it difficult to sleep.

“At times I remember it in my sleep and I wake up. When this happens, I play with my phone for some time before I would doze off again. I had to see a therapist and have done the test she asked me to do and submitted it to her. She said she would get back to me,” she said.

Despite having met a therapist, Ifeyinwa said life had not been the same for her.

She said, “I have not been feeling so easy with myself as somebody that was brutalised in that manner. I am still trying to gather myself together. At times, I do feel it all happened because I allowed her to do that to me. On the other hand, I wonder why I didn’t fight back.”

After the incident, Ifeyinwa was asked by the authorities of the National Youth Service Corps (NYSC) to leave Calabar where she was serving her fatherland for security reasons.

She had barely a few weeks to end the programme when the incident occurred. Her batch of NYSC members completed their service year in October.

Dismissed Soldier Arrested For Beating Up A Female Officer (Video)

Asked if she had been given her discharge certificate by the NYSC, Ifeyinwa said she had not, adding, “There was a time they (NYSC) invited me to come for my certificate in Abuja but my parents were scared. They said I wouldn’t go for now. Everybody around me was scared of letting me go, so I am yet to collect it.

“It is not that they didn’t want to give me my certificate. They called me to come for it, but my parents said they were scared and could not allow me to go.”

Aside from reports of a tacit apology and condemnation of the incident by the military authorities, Ifeyinwa said the Nigerian Army was yet to reach out to her with a view to assuaging her trauma.

She said, “The military has not called me since then to say anything. I am not aware if they have done anything to the woman. I don’t know anything.

“I am not searching for work yet. I am still taking my time. By next year, I will go into that one (searching for a job) properly. My lawyer is handling my case pro bono (without charges).”