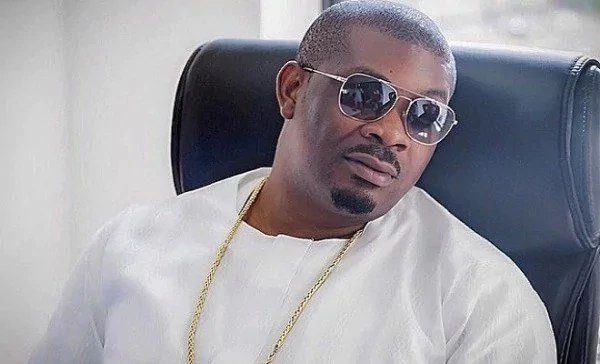 Music mogul, Don Jazzy has opened up on his love life and how beautiful women ask for his nude photos.

Speaking on the media personality Gbemi and Toolz show, the Mavin CEO, revealed why he is not presently linked with any lover at the moment.

Recalling some of the challenges he faces in the course of dating, Don Jazzy said: “I have dated very beautiful women who have asked me to send (them) nude pictures. I never send it. (And these are) women finer than Rihanna. I don’t know how to woo; I like it when people woo me.”

Shocking: Tiwa Savage Reveals How Don Jazzy Treated Her When He Found Out She Was Pregnant

On how he discovered the new sets of artists signed to his record label, he said, “I discovered them through social media. People don’t know the power of social media. I look out for talents, though (good) looks are a plus. I also look at the space the person would fill in my camp. If I see you on my timeline and you sound like Rema, I obviously don’t need you. If I also see you on Instagram and you sound like somebody the industry already has, that means I don’t need you.”

Don Jazzy also noted that the music industry was kinder to male artistes than female artistes.

He added, “The industry is generally kinder to male artistes, and I don’t know why. In this music industry, I have noticed that women suffer. Over the years, I have seen that it’s a difficult market for women. Everybody wants to have sex with them and how many people are they going to have sex with? It’s ridiculous.”