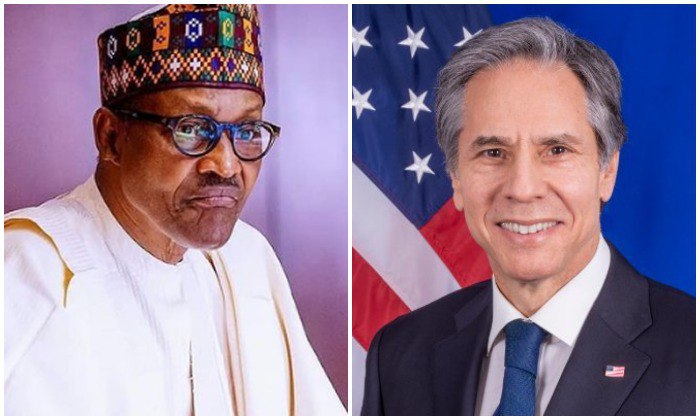 The United States Government has threatened to stop rendering military aid to Nigeria if the country is indicted in carrying out human rights abuses.

In an interview with CNN, the US Secretary of States, Antony Blinken, urged the federal and Lagos State governments to sanction those found to have violated human rights during the October 2020 #EndSARS protests.

Recall that the Lagos State EndSARS panel had in a leaked report indicted the Nigerian Army, Police in the shooting of unarmed peaceful protesters at the Lekki Tollgate.

Following the indictment, the Lagos stated government constituted a committee to look at the panel findings and come out with white paper report.

Speaking in the interview which was made available on Sunday, the US govt official warned that the Leahy law may be evoked to stop the sale of hardware to Nigeria.

Anaedoonline.ng reports that the Leahy Law is an American rights ordinance that prohibits the US government from providing military assistance to foreign security force units that violate human rights.

On the panel report, Blinken stated that while the US was waiting for the full report to be released by the Lagos State Government, the most important thing was that those indicted must face the full weight of the law.

“But a couple of things are really important. As I said, the report itself, done by the state government, but then once it’s out, for there to actually be action on the basis of the report, action as necessary by the states, action by the Federal Government, and action in the sense of two things,” he said.

Victims Of SARS Abuse Will Get Justice – Senate President

“First, making sure that based on what is documented to have happened, it won’t happen again – so there may be reforms that are necessary – and building or rebuilding trust between the citizens and the security services, between citizens and the state. That is an obligation of both the state government and the Federal Government.

“Second is accountability. If there are individuals that – as it emerges from this report – who are responsible for committing abuses, there has to be accountability in terms of those individuals. That too is vital to rebuilding trust between citizens and the state and the security services.”

On what the US would do if human rights abuses continued, he responded, “And, of course, we also have laws in place – the Leahy laws, for example – that make sure that if there are units that have committed abuses, we’re not going to provide equipment to those units.”

PDP Sends Message To US Secretary, Blinken Ahead of Visit To Nigeria

Asked if the US would impose the Leahy law on Nigeria, Blinken said, “Well, we look in any instance if – and if there are credible allegations that prove, that we believe meet the standard of the law, yes, of course, we’ll apply the law.”

Speaking further, he stated that Nigeria’s response would determine if the US government would bow to pressure by the US Congress to impose an arms embargo on the West African country.

Blinken said, “But the assistance itself is not just the hardware that we might provide – airplanes or helicopters – it’s the software, the human software. Because one of the things that we’re doing is making sure that as we’re providing equipment to deal with profound security challenges that are faced here in Nigeria – terrorism, criminal activity, other violence – that those who will be using the equipment are trained in a way that makes sure that they are doing it to avoid hurting the good guys even as they’re going after the bad guys, to make sure that the laws of armed conflict are fully in mind. And that if they make mistakes, they’re corrected and they’re brought to light immediately. All of that’s very important. And, of course, we also have laws in place – the Leahy laws, for example – that make sure that if there are units that are – that have committed abuses, we’re not going to provide equipment to those units.”

Twitter Suspension: Nigerian Govt Playing With Our Partnership – US Govt

US Warns Southern Nigeria Over Plans By ISIS, Al-Qaeda To Penetrate Region

IPOB Reveals Those Behind Planting of Bomb In South East

They Want Me Dead At All Cost – Orji Kalu Speaks on...