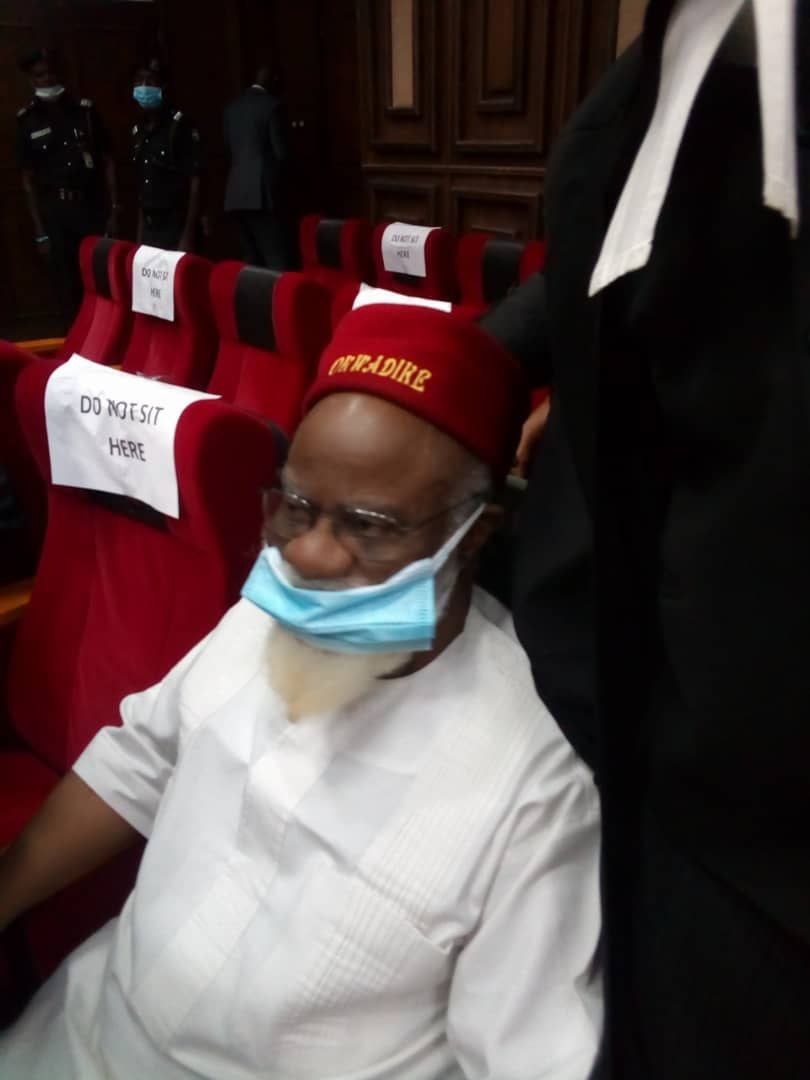 A former Governor of Anambra State, Chukwuemeka Ezeife, has expressed hope that Nnamdi Kanu, the leader of the Indigenous People of Biafra, IPOB, will regain his freedom soon.

Anaedoonline.ng reports that there have been calls by Southeast governors, traditional rulers and leaders in the region on President Muhammadu Buhari to release the Biafra activist.

Some Igbo leaders had last week Friday met with the President to ask for the release of Nnamdi Kanu and other pro-Biafra activists.

Buhari had during the meeting promised to consider their request, although he described what they are asking him to do as too ‘heavy’.

According the president, ordering the release of the IPOB leader would go against the doctrine of separation of powers as Nnamdi Kanu’s case is now before the judiciary.

But speaking with Arise TV on Monday, Ezeife said some ministers and other government officials familiar with Buhari said he takes his promise to consider the release of Kanu seriously.

Ezeife, who was an elected governor of Anambra State between 1992 and 1993, thanked the Minister of Labour and Employment, Chris Ngige, who “negotiated the appointment” with the President.

He said: “We talked to people who are familiar with the President after the meeting and they told us that from the body language of the President, he took us very seriously and we should take his promise to look into it very seriously also. We are very quite happy and I must say.

“We asked the ministers and those who work with the President and we asked them what should we go home with and they said we should be hopeful and we are hopeful.”

The former governor added, “We have separation of powers – executive, judiciary and the legislature…the judiciary can say something but if the President applies pressure on any of the sectors of governance, normally some good results would come out.”
Share this: