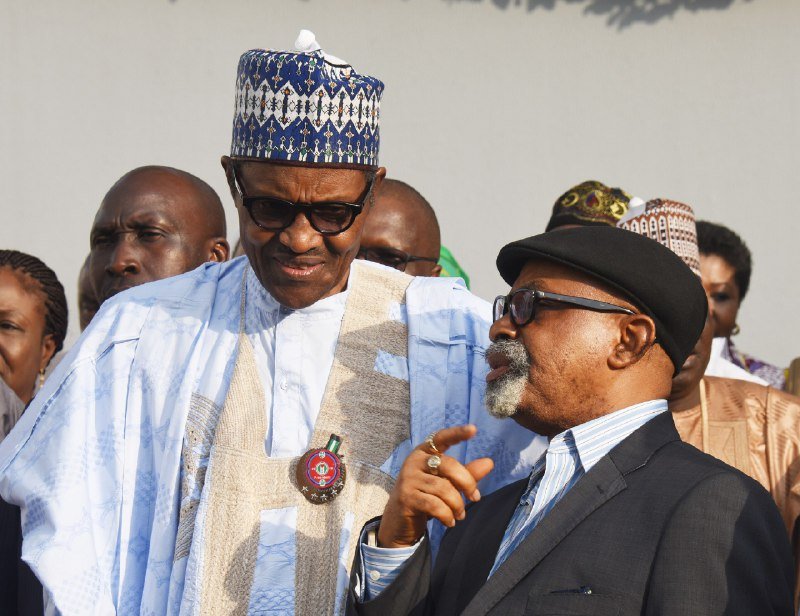 Minister of Labour and Employment, Senator Chris Ngige, has expressed optimism about the release of the leader of the Indigenous People of Biafra, Nnamdi Kanu.

Nigige stated in an interview on Sunday while reacting to a meeting between President Muhamadu Buhari and an Igbo delegation led by former Minister of Aviation, Mbazulike Amaechi, at the State House, Abuja, on Friday.

In a statement released at the end of the meeting by his spokesman, Femi Adesina, President Buhari promised to consider the request by the Igbo leaders for Kanu’s release.

Nnamdi Kanu: It Is Dangerous To Release IPOB Leader From DSS Detention – Arewa

Buhari, however, stated that interfering in Kanu’s trial will be unlawful and contravene the powers of the Judiciary.

But according to the minister, President Buhari could facilitate the release of the IPOB leader in many ways which would impede on the judiciary’s powers.

Ngige said Buhari can use the prerogative of mercy, state pardon, Nolle prosequi (not to wish to prosecute) and withdrawal of charges to facilitate Kanu’s freedom.

“President Buhari can use the prerogative of mercy, he can use pardon, he can use Nolle prosequi, he can use withdrawal of charges. He knows what is best for the country and for our Igbo Nation because our place is in turmoil. The South-East is in turmoil economically, politically and security-wise,”.

The minister opined that he has not seen the Nigerian leader publicly making a commitment to any delegation in the last six years, expressing hope that the IPOB leader would be freed soon.

He added: “The President I know has never said publicly to any delegation, ‘I will consider your request, it’s heavy but I will consider it’ in the last six years that I was with him in government. I am optimistic he will do something.”