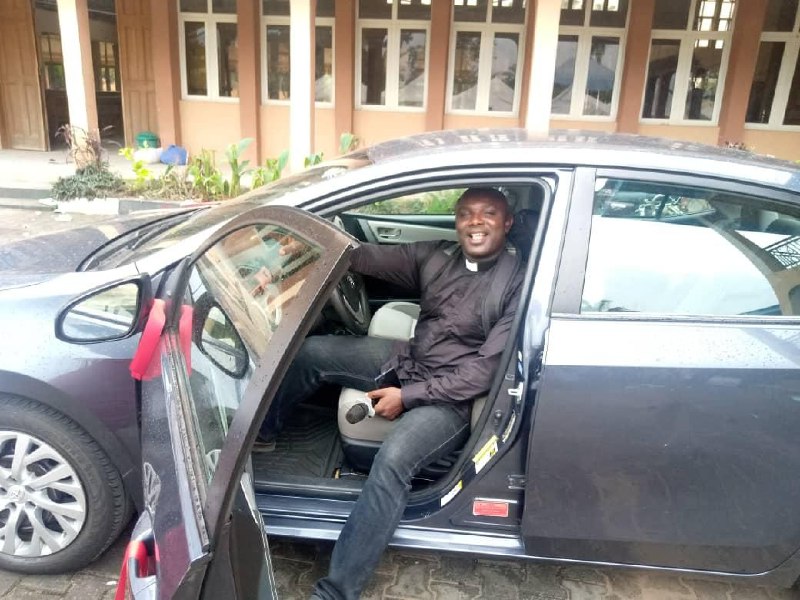 Anaedoonline.ng gathered that Dr. Obiejesi who is a knight of St. Christopher in Anglican Communion and the Group Managing Director/CEO of the Obijackson Group, gifted one of the priests in his local church, Basilica of St. Peter Anglican Church, Okija, a brand new car.

According to the business magnate and philanthropist, the car was his own way of rewarding the commitment and efforts of the Fiery Anglican priest, Rev. Nzubechukwu Ezeani in Okija.

Rev. Nzubechukwu while receiving the car gift burst out in tears as he did not hide his feelings. The priest who was ordained few years ago is reportedly making waves in Okija Community.

Ernest Nnaemeka Azudialu Obiejesi (born April 17, 1960) is a Nigerian business magnate and philanthropist. He is the chairman and Chief Executive Officer (CEO) of Nestoil and the founder of the Obijackson Foundation.

He is into Telecommunications and Power Generation. Nestoil, a member of the Obijackson Group, is arguably the foremost wholly indigenous EPCC Company in West Africa.

Dr. Ernest is also the owner of Smile communication, the fastest internet service provider in Nigeria that are hooked on 4 LGT. He is the highest Nigerian shareholder at Julius Berger company Lagos. His investment vehicle Obijackson controls the majority shares in that company and calls the shot too.

His hospital, OBIJACKSON Children’s Hospital (OCH) is being developed into one of the world’s foremost pediatric health care. 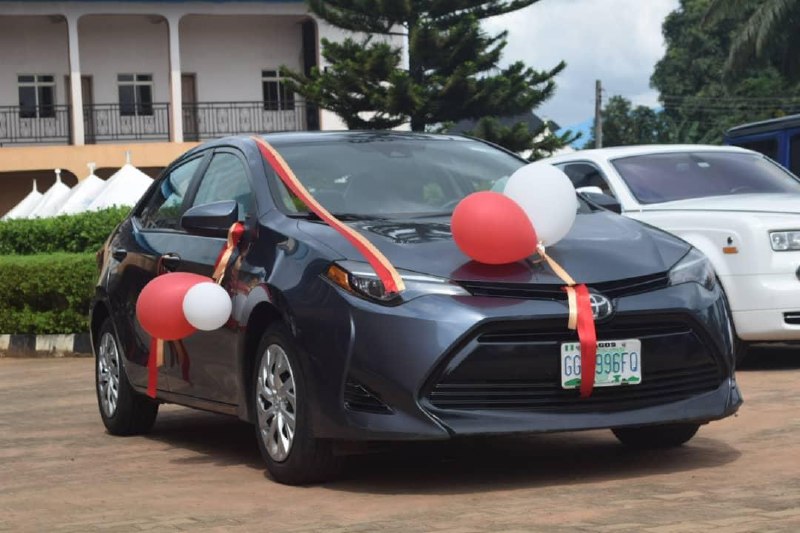 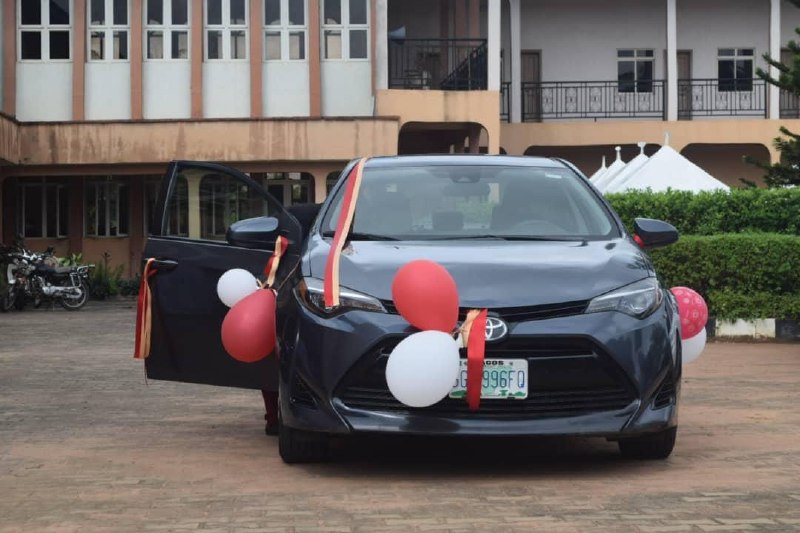 ”When Your Mates Were Buying Holandis, You Had Only One Wrapper”- Lady Says As She Gifts Her Mom a Brand New Car