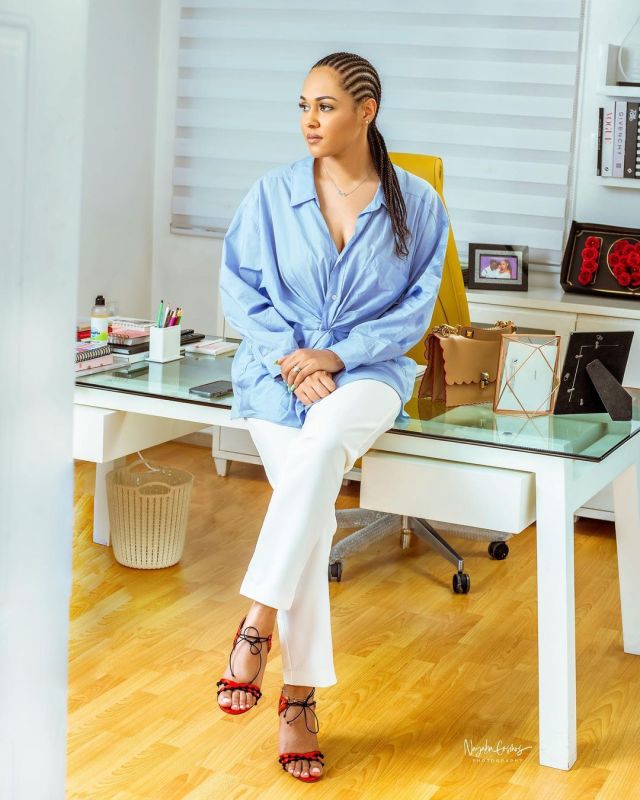 Popular businesswoman, Tania Omotayo has threatened to release CCTV footage of a lady who bought goods from her store with fake alert.

The fashion entrepreneur, in a post she shared on her Insta-stories, urged the lady to reach out to pay off her debt, or she would be exposed.

According to Tania Omotayo, the lady had gone to her store in Abuja, bought goods worth 59,000 naira but the bank later confirmed the alert was fake. It was discovered that she sent a make-believe alert to deceive the attendants that she had paid.

CCTV, Report Will Reveal How Nigerian Pastor Was Killed In China – Chinese Ambassador

She revealed that CCTV captured the lady’s face and threatened to post the video in few hours if the she doesn’t reach out to pay up.

“To the lady that went to our store in Abuja and bought clothes worth N59,000 the bank has confirmed the alert was fake. Kindly reach to us to pay debt or we will be posting CCTV footage tomorrow and your face is clearly showing. Please do the needful to avoid being embarrassed”. 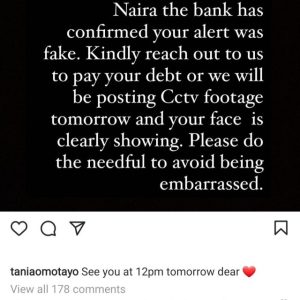 Singer, 2Baba And Babymama Reacts After A Troll Left A Vile Comment On Their Son’s IG Page