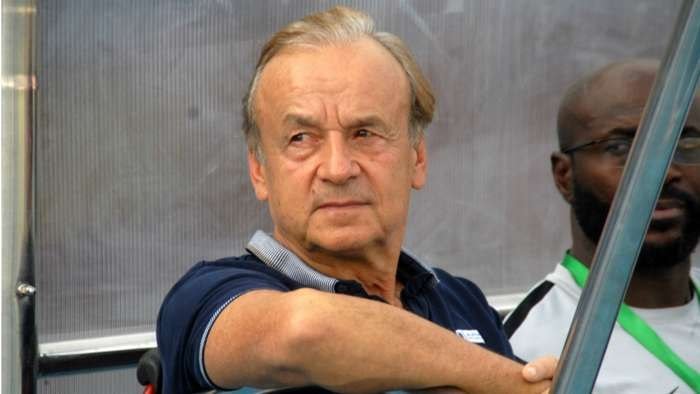 With calls for a change of leadership for the Super Eagles, the Nigeria Football Federation, NFF, is reportedly lining up Mladen Krstajic to replace Gernot Rohr.

Anaedoonline.ng gathered that Krstajic is being looked at to replace the German if he leaves his position as the head coach of the Super Eagles.

Currently a free agent, Krstajic led Serbia to the 2018 World Cup in Russia.

He left his role as coach of the national team after failing to qualify for Euro 2020. His last job was with Serbian club FK TSC Bačka Topola.

According to reports, the exit of Gernot Rohr should be concluded this week.

Top NFF officials are set to meet Krstajic representatives this week to finalise details of his contract.

The 47-year-old former defender was capped 59 times by his country and scored two goals.

He also played for German clubs Werder Bremen and Schalke 04.

Rohr was appointed head coach of the Super Eagles in August 2016 and led the team to a third-place finish at the 2019 Africa Cup of Nations.

The German’s conservative approach and Super Eagles’ uninspiring performances have been heavily criticised by some Nigerians who called for his sack.

Despite leading the Super Eagles to the 2022 World Cup play-offs, the Franco-German will not be taking the team to the playoffs and the Nation’s cup in January 2022.

Nigeria will face any of these teams which includes Egypt Ghana, Mali, Cameroon or DR Congo, when the playoffs draw goes down on December 18, 2021.

Qualifiers: Super Eagles One Point Away From World Cup Play Off, They beat Liberia 2-0