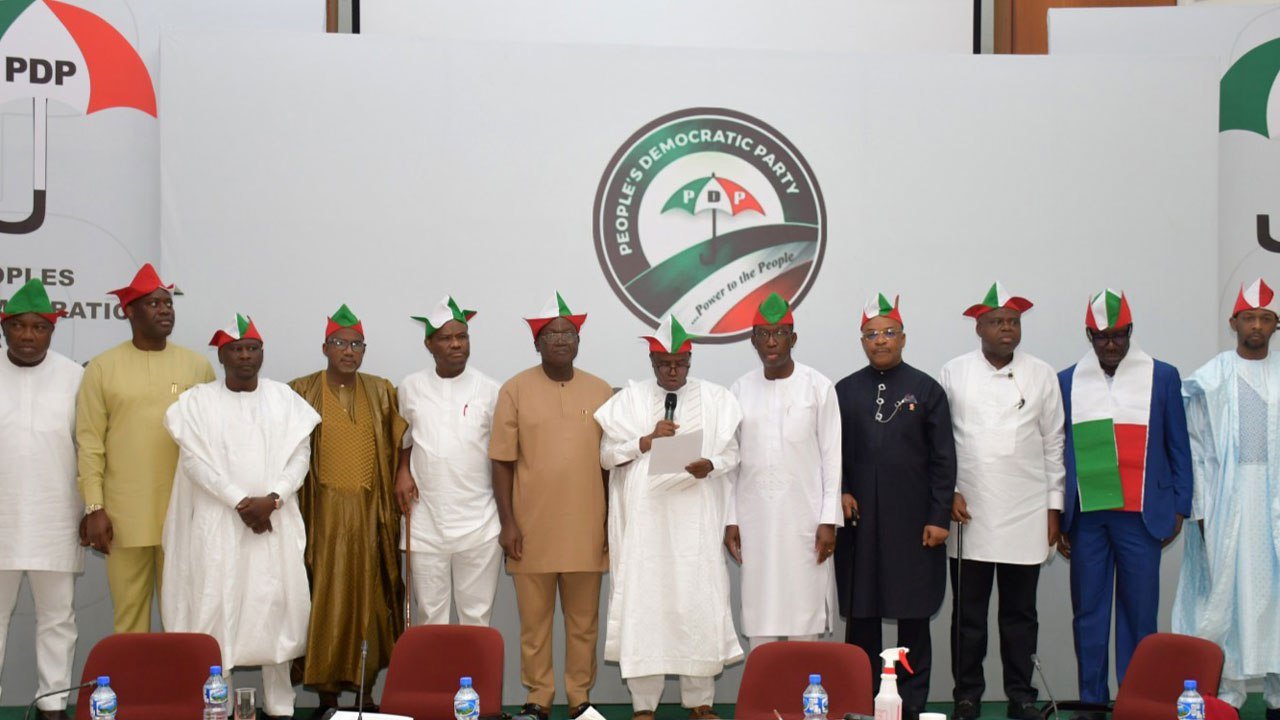 The Peoples Democratic Party (PDP) governors on Tuesday pointed out five things that will revive the nation from its current state if embraced.

Anaedoonline.ng reports that PDP governors on Tuesday held a retreat for newly-elected officers of the party in Abuja.

At the meeting, the main opposition party noted that the nation was currently in dire straits on virtually all fronts and that it must restructure its polity, economy, security and as well embrace innovation and technology to survive the situation.

According to PDP, it was time for visionary and purposeful leadership to take it out of the socio-economic crisis which the All Progressive Congress has led it into.

The opposition party while speaking on technology, said it will never stop condemning the Twitter ban by the APC led government, describing the development as a retrogressive action that should never have happened.

Speaking on behalf of his colleagues briefly after the meeting, Chairman of the PDP Governors Forum and Sokoto State Governor, Aminu Tambuwal, said: “While we await these interventions, permit me to mention an issue of great importance. Nigeria must embrace restructuring to survive. It must restructure its polity, economy, security and ways of doing things.

“It must embrace relative autonomy and decentralization of power. This will unleash the energies of our people, especially the young. It is time to allow Nigeria to blossom. It is doable with all hands-on decks.

Why PDP Must Zone Presidency Ticket To North – Party Chieftain

“Secondly, we must embrace innovation and technology as a way of life. Technology will solve the youth unemployment time bomb. Technology will improve our agriculture, health, industrialization, education and indeed, it has implications and impacts on all facets of our lives. It is in this respect that we continue to condemn the Twitter ban as a retrogressive action that should never have happened.

“Can Nigeria survive another four years of APC? The answer is a resounding no. It is too frightening to contemplate. PDP remains the only credible alternative to APC and we cannot afford to fail Nigerians.”

“We must keep hope alive. We can do it. Yes, we can, as Obama would say. The revitalized PDP shall be true to the words of our national anthem, ‘To build a nation where peace and justice shall reign.”

On his part, the newly elected chairman of the party, Dr Iyorchia Ayu, described the party as the only political platform equipped and prepared to rescue Nigeria come 2023.

He said, “No other party in this country is better equipped and placed to rescue and rebuild this country than the PDP.

“Nigerians look up to us to reunite this country which has been badly divided over the past six years. Nigerians want to see that we are united and ready to govern. That is why the theme of this retreat is very apt.”