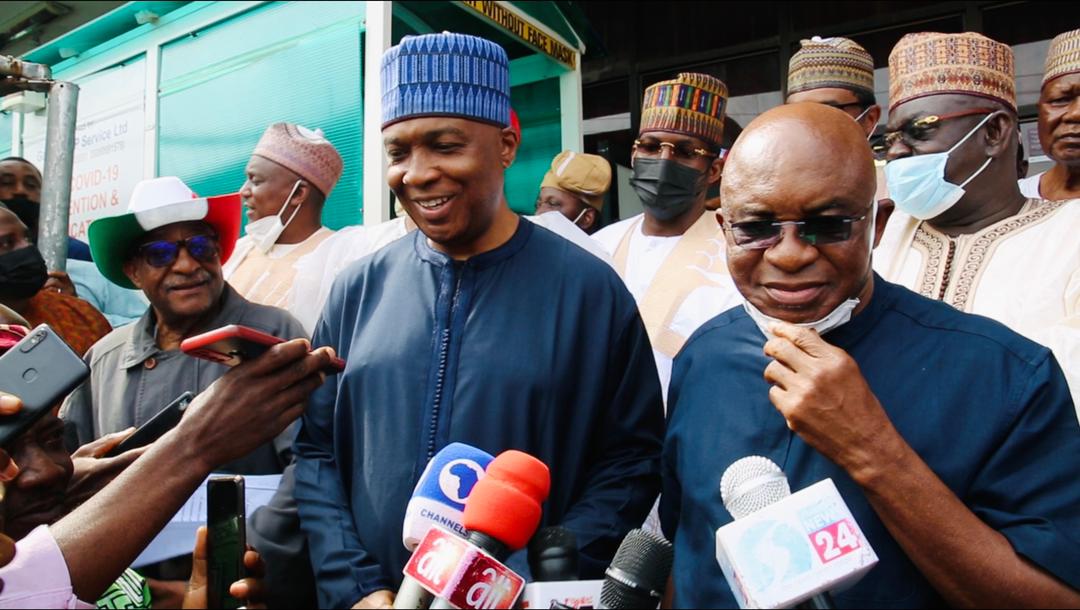 Ahead of the 2023 presidential election, former Senate President, Bukola Saraki says the All Progressive Congress (APC) has no business remaining in Aso Rock.

Saraki made this known on Tuesday during an official visit to Governor Samuel Ortom, elders and members of the State Working Committee, SWC, of the Peoples Democratic Party, PDP, in Benue State.

Speaking at the meeting, the former Kwara state governor said the APC that cannot organize its affairs has no business leading this country.

2023: Saraki Opens Up On Joining APC, Contesting For Presidency

He stated that nationwide decamping of top APC members into the PDP was an indication that the party was disintegrating nothing that the ruling party might eventually lose all of its members before the 2023 general elections.

Saraki added that the PDP has organized its affairs by conducting its national convention and is ready to lead the country in 2023.

The former Kwara governor announced his intention to contest the presidency in 2023 and asked the Benue PDP for support ahead of the party’s presidential primaries.

He added that the North Central Zone had paid its due by working so hard to keep the country together as one united entity insisting that it is time the presidency goes to the region.

Receiving Saraki and his entourage, Ortom said the former Senate President was one Nigerian who contributed so much to the development of democracy in Nigeria.

Ortom stated that it was time to rescue the country from the clutches of the APC led federal government, saying the PDP is ready to save the country.